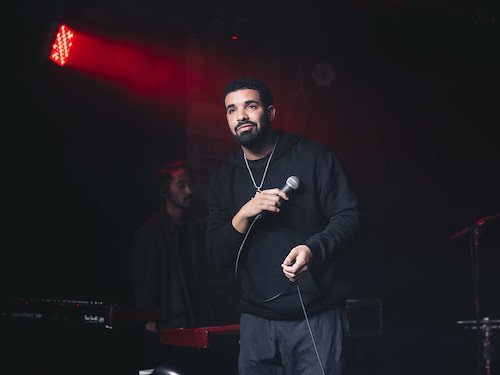 Following a spate of revelations about the climate-wrecking private jet habits of many celebrities, observers are warning of the larger climate consequences of the “influencer economy.”

While the recent 18-minute junket taken by Canadian rapper Drake’s personal cargo jet—empty apart from its crew, as it was being returned to a hangar for storage—is aptly being ridiculed, it is the climate-wrecking nature of the current “influencer economy” that really needs outing, writes Grist.

Drake’s Boeing 767 was a gift from Canadian cargo airline CargoJet, in the hope that the C$185-million plane would wing its way onto the rapper’s social media feed and boost the company’s online profile.

Stressing Drake’s considerable reach as an “influencer,” Grist writes, “again, CargoJet sells freight shipments, not luxury travel. One assumes that Drake is not transporting several thousand AirPods to an Amazon warehouse in the hull of his plane.”

What he is doing, notes Heated, is regularly posting to his 117 million followers, an opinion- and behaviour-shaping activity that matters a great deal when many of us are now “on the path to mending our collective climate dissonance.”

“Though most people want to solve the ecological crisis caused by carbon, they are also dazzled by carbon-intensive behavior,” writes Heated publisher and veteran climate journalist Emily Atkin. “That’s partly a symptom of a warped ‘American Dream’ ideal, one that tells us that lavish wealth, not well-being, is the ultimate marker of success.”

The social media tempest that blew up around Drake when news of his 767’s airport hopscotch broke—and around “mega-influencer” Kylie Jenner when she recently posted a picture of herself and her boyfriend standing on the tarmac between two private jets, and captioned it “You wanna take mine or yours?”—suggests the inclination to be bedazzled by bling is waning, at least where that bling intersects with the climate crisis.

In the welter of stories written about Jenner’s private jet habit, nearly all have stressed “either the disproportionate climate impacts of private jets or the disproportionate emissions from rich people,” Atkin says. “Private jets are five to 14 times more polluting than commercial planes per passenger, and the wealthiest 1% of people emit double the combined climate pollution of the poorest 50%.”

But a “cultural tide is turning,” she adds: Drake felt compelled to respond to the uproar surrounding the Toronto-Hamilton flight by noting that he wasn’t actually in the plane. And other outed jet-setting celebrities—like Taylor Swift and Jay-Z—have been decidedly on the defensive.

“Flagrant displays of private jets—and thereby fossil fuel use—are simply not as cool as they used to be,” Atkin writes, and that shift stands to reshape the “influencer economy.” CargoJet may now think twice before handing over a jumbo jet to a rapper to increase its social media profile.

Making it less “cool” to take an 11-minute flight on a Boeing 767 will also help the climate. Heated notes that the five short flights that Drake’s jet took since May 30 added up to 19 tonnes of carbon dioxide emissions, or “the equivalent of about four [U.S.] homes’ entire electricity use in a year.”

As for the smaller private jets favoured by Jenner and her ilk, a report published last year by Transport & Environment pegged the total carbon dioxide footprint at two tonnes per hour, the Washington Post writes. Putting this number in context, T&E added that the average person in the European Union produces about 8.2 tonnes of carbon dioxide equivalent emissions over an entire year.