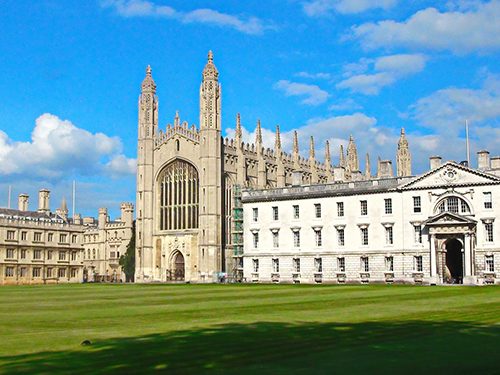 The University of Cambridge is reportedly planning to change the name of its BP Institute after pressure from climate advocacy group Fossil Free Research, though no formal decision has been announced.

“We are thrilled to see the University of Cambridge renaming its BP Institute following years of powerful and sustained activism from students, academics, and the local community,” the group wrote in an official statement.

The BP Institute is an interdisciplinary research centre hosted by Cambridge in partnership with BP, one of the top four highest-emitting companies in the world. Together with Chevron, Exxon, and Shell, BP is responsible for 10% of the world’s carbon emissions since 1965.

Environmental groups have targeted the institute as part of a movement to make universities cut ties with fossil fuel companies. The building was the site of an occupation in May which lasted 63 minutes, matching the number of years passed since scientists first alerted companies to the environmental dangers of fossil fuel consumption, reports the Cambridge Tab.

Environmental groups are calling the renaming plans a win, though the University has not yet finalized the decision, the Independent reports.

“The University of Cambridge is a democratic institution and there are always discussions about a very broad range of issues including the names of its many buildings and institutes,” a university spokesperson said. “No formal decision has been made to rename the BP Institute,” although “decided in 2020 to accept donations from energy companies only if they aligned with our aims of working towards a zero-carbon future.”

The spokesperson said BP Institute research includes a “range of energy sources to help in the transition, including battery technology, geothermal power, and carbon storage.”

In 2021, a report by Open Democracy listed Cambridge among several British universities that had accepted a total of £90 million (C$140 million) over four years from fossil fuel companies, including BP. Cambridge’s share was £14 million.

“It’s high time universities ended their cozy relationship with polluters,” Green MP Caroline Lucas told openDemocracy at the time. “If they don’t, I am sure students will increasingly vote with their feet and avoid those institutions that are jeopardizing their very futures.”

Despite optimism for the reported plans, Fossil Free Research acknowledged that universities still need more effective measures to cut away from the influence of fossil fuel companies.

“To truly divorce themselves from the massive reputational and material support that their research lends to the fossil fuel industry’s deadly business model, universities must officially ban all research partnerships with and reject funding from this industry,” the campaign group said.