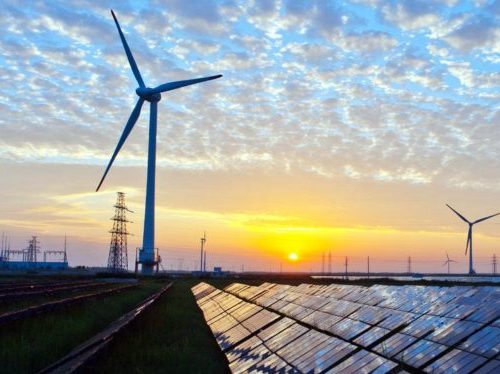 The Trudeau government has released a proposed frame for new Clean Electricity Regulations (CER) aimed at bringing the grid’s greenhouse gas emissions to net-zero by 2035. Comments on the plan close August 17.

Consumers will see lower energy costs “by improving energy efficiency and techniques such as demand management as well as the adoption of low-cost wind and solar,” it adds. “Shifting from higher-cost fossil fuels to electricity can reduce total household energy budgets, for example by charging an EV with electricity that costs the equivalent of less than 40¢ per litre for gasoline—or less.”

The release sets out a four-part electrification and energy efficiency plan to be embodied in the new regulations:

• Increasing supplies of non-emitting electricity while phasing out coal and phasing down natural gas and diesel power plants;

• Boosting electrification and energy efficiency in transportation, buildings, industry, and the fossil sector;

“While the CER limits would only become binding in 2035, it is expected that they will deter any unabated new fossil fuel-fired generation in Canada,” the release states, since “the decision to commission a new unit after 2025 will need to take into consideration the CER obligations. As continued operation after 2035 will require the installation of abatement technology, these units will need to resolve the financial implications of having to comply with the CER obligations even in their initial project development.”

Under the new rules, power plants would be subject to “a stringent, near-zero value in line with direct emissions from well-performing, low-emitting generation,” ECCC says. “A regulated unit would be prohibited from operating when its quantified emissions performance exceeds the applicable standard over a period of time,” and operators would be required to pay compensation for excess emissions through carbon offsets or a carbon price.

Existing power plants commissioned before 2025 would be subject to the regulations at the end of their “prescribed life”—a term the government is still working to define—or on January 1, 2035. On that date, all electricity generation covered under the regulations “would be required to compensate for any emissions released to the environment.”

Ottawa is allowing a more relaxed phase-in for newer fossil gas plants built before the regulation was published, will let gas plants operate without addressing their emissions under emergency conditions, and will permit older units to back up variable renewables as long as their annual hours of operation and total emissions are kept within prescribed limits.

The rules exempt power plants run by large users to meet their own electricity needs “behind the industrial fence line”, but those operations will still be subject to other regulations and pricing measures. It also leaves out remote and Northern power plants that aren’t connected to the grid.

Alongside the federal release, the Pembina Institute issued its own summary [pdf] of what it would take to deliver a net-zero grid, the timelines the regulation would have to meet, and the environmental, economic, and social benefits Canada can expect to see if the government and industries hit the target.

A chart accompanying her post calls for all electricity systems to be subject to carbon pricing and no new unabated gas plants to come online as of 2024, and 90% of the grid to be non-emitting by 2030.

To deliver a “truly net-zero grid that is recognized as such by investors, Canadians, and the global community, there cannot be broad, undue exemptions that result in loopholes for certain generators,” Jeyakumar adds. “As such, all generation that is connected to an interconnected electricity system must be net-zero emissions. That includes behind-the-fence generation, even in cases where a majority of the energy generated is also consumed behind the fence.”

If the new system gets it right, it will deliver reliable, resilient power at less cost than gas-fired generation, while helping to “shield consumers from the price volatility of an electricity grid that is tied to global fossil fuel markets,” she says. It can be expected to create jobs faster than the conventional energy industries lose them, for a net gain of 82,900 new positions by 2030.

The shift to a net-zero grid also “presents an opportunity to address the systemic inequalities that have historically existed in the traditional energy system,” Jeyakumar writes. “This includes providing equitable access to jobs in the clean energy sector to those who have been traditionally underrepresented in Canada’s resource extraction industries.”

In May, a modelling study released by the David Suzuki Foundation concluded that Canada can achieve 100% zero-emission electricity by 2035 with an electricity system that prioritizes renewable energy, storage, energy efficiency, and interprovincial transmission and avoids the pitfalls of nuclear generation, fossil gas, CCS, and carbon offsets. “At a time when energy security and affordability are top of mind for many Canadians,” the Foundation wrote at the time, “a clean electricity pathway based on renewables offers an affordable option for ambitiously reducing emissions while meeting increasing electricity demand.”

But that shift will depend on “really strong, really clear federal and provincial rules,” with implementation “at the provincial level and at the community level,” said DSF Climate Solutions Policy Analyst Stephen Thomas. “We also need to make sure that people in the community see the benefit of this transition for themselves individually, [and] for their community.”