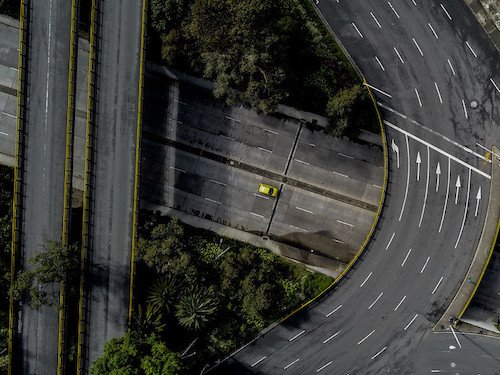 The global slowdown in human activity that occurred during the pandemic left some species healing and others hurting badly—a pattern offering complex and nuanced lessons about humanity’s impact on wildlife, say ecologists.

Illustrative of this complexity is Stora Karlsö, an island off the coast of Sweden, which saw its population of white-tailed eagles increase sevenfold when the pandemic cancelled tourist season, thereby “reducing human presence on the island by more than 90%,” writes the New York Times.

Though that sounds like a win, the “newly numerous” eagles repeatedly soared past cliffs where a protected population of seabirds called common murres laid eggs. Disturbed murres were flushed from the ledges, writes the Times. “In the commotion, some eggs tumbled from the cliffs; others were snatched by predators while the murres were away.” The result was that the murres’ breeding performance dropped 26%, scientists found.

Offering a more straightforward story of healing during the anthropause is Hawaii’s Hanauma Bay Nature Preserve, a popular snorkeling destination that shut down for nearly nine months during the pandemic.

Describing how the absence of snorkelers improved water clarity by 56%, while increasing fish density, biomass. and diversity, Ku’ulei Rodgers, a coral reef ecologist at the Hawai’i Institute of Marine Biology, said the pandemic “reset the visitor impacts to zero.”

Then there is the finding that the white-crowned sparrows of a “newly hushed San Francisco” began to sing more quietly virtually overnight (and more “sexily,” according to University of Tennessee behavioral ecologist Elizabeth Derryberry), even as the distance across which they could communicate more than doubled.

The negative side of the ledger includes a sharp spike in deaths amongst Macgillivray’s prion chicks on Gough Island in the south Atlantic. The pandemic caused a year-long delay in a planned cull of the giant predatory mice that prey on the chicks. Left to run rampant on the island, the mice, which arrived on the island in the 19th century on sailing ships, left not one chick alive this past breeding season.

Scientists also found that many species moved into new habitats as pandemic lockdowns changedwhat ecologists have sometimes called “the landscape of fear.”

“All animals are, you know, trying not to die,” said University of British Columbia ecologist Kaitlyn Gaynor, and so they are very careful to keep space between themselves and possible predators—meaning us.

The mountain lions that live in California’s Santa Cruz mountains took to shrinking that “landscape of fear” during the pandemic, drawn closer to the city in search of food by the sudden quiet and dearth of people and cars. Post-pandemic, many lions have been hit and killed on newly busy roadways.

While the effects of our withdrawal on the natural world “were nuanced, varying by species, location and time,” the Times says the lessons learned “can help experts design programs and policies that channel our influence more thoughtfully.” That might include everything from ensuring that popular natural attractions get the respite they need (as Hawaii’s Hanauma Bay Nature Preserve is doing), to building wildlife crossings over highways, to mandating quieter car engines and boat propellers, thereby curbing noise pollution on land and at sea.

“No one can say anymore that we can’t change the whole world in a year, because we can,” said University of Victoria ocean conservation scientist Amanda Bates. “We did.”