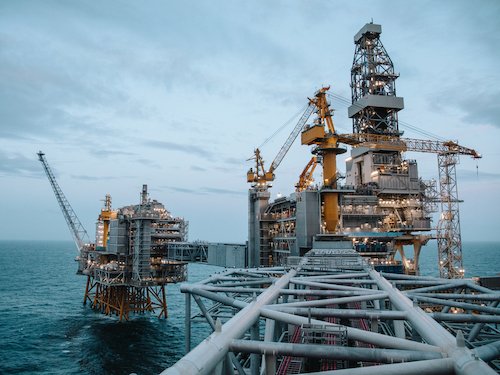 The global oil and gas sector has been clearing US$2.8 billion per day in profits over the last 50 years, concludes a new analysis based on World Bank data.

Produced by Aviel Verbruggen, an energy economist at the University of Antwerp, the analysis is the first global assessment of Big Oil’s long-term profits, reports The Guardian.

Out of the gobsmacking total pocketed by Big Oil—amounting to $52 trillion since 1970—86% is the pure profit grab of “oil rents”, which the World Bank defines as “the difference between the value of crude oil production at regional prices and total costs of production.”

Fossil companies have been assured of perpetually sky-high profit margins, even after royalties are paid out to the countries in which they operate, thanks to political interference in the oil markets, the Guardian writes. “The huge profits were inflated by cartels of countries artificially restricting supply.”

Bolstering those huge profits, the fossil industry benefits from subsidies amounting to a staggering $16 billion per day, according to the latest International Monetary Fund figures.

While Verbruggen’s analysis has yet to be published, its accuracy was confirmed by experts from University College London, the London School of Economics, and Carbon Tracker.

“You can buy every politician, every system with all this money, and I think this happened,” Verbruggen told the Guardian, contending that the trillions in profits pocketed by Big Oil since the 1970s have been weaponized to maintain the fossil status quo.

What is certain, he added, is that “over the last 50 years, companies have made a huge amount of money by producing fossil fuels, the burning of which is the major cause of climate change. This is already causing untold misery around the world and is a major threat to future human civilization.”

“At the very least, these companies should be investing a far greater share of their profits in moving to low-carbon energy than is currently the case,” Paul Ekins, University College London professor of resources and environmental policy, told the Guardian.

“Until they do so, their claims of being part of the low-carbon energy transition are among the most egregious examples of greenwashing.”

Describing the rent-based profits as “eye-watering,” Carbon Tracker founder Mark Campanale said even “in the midst of a cost-of-living crisis caused by record oil and gas prices, this flow of money to a relatively small number of petrostates and energy companies is set to double this year.”

“Shifting to a carbon-neutral energy system based on renewables is the only way to end this madness,” he said.

Keeping global heating to 1.5°C will mean that Big Oil will forego about US$100 trillion in potential revenues. “You can see why oil oligarchs and nations controlled by political elites want to keep their fossil fuel rents, the source of their power,” Campanale said.