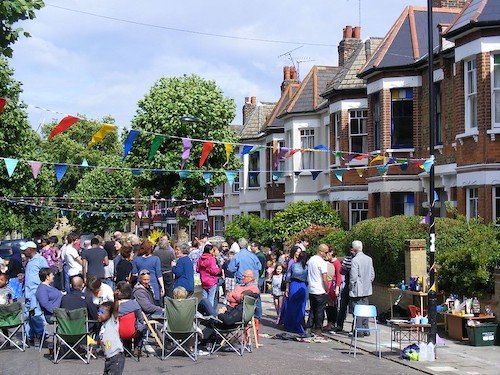 If you’ve been hesitating to talk with your neighbours about climate change, a number of recent studies suggest they’d likely be up for the conversation—as long as you’re ready to really listen, not lecture, and keep the focus local.

Although it’s increasingly at the top of the news, the climate crisis still isn’t discussed much by people in their day-to-day lives, writes the New York Times.  A Yale survey last year found that only 35% of Americans talk about global warming occasionally, while 64% talk about it “rarely, or never.”

That reticence likely owes to the fear of “getting into nasty arguments,” says the Times. A fear of appearing ignorant may also be inhibiting some who might otherwise speak up.

But climate conversations might happen more easily if “climate-minded” realized that they’re far from alone in their awareness, and their concern, the Times writes. The truth is that people “tend to underestimate how many of their peers accept the reality of climate change,” according to studies conducted in the U.S., Australia, and China.

“It’s very likely that your neighbours are onboard with the science of climate change to some degree, even in conservative places,” writes the Times, citing a recent survey in Indiana as evidence. Those polled estimated that 60% of Indianans “accepted the basic facts about global warming.” The actual percentage is closer to 80%.

“We shouldn’t be scared to have these discussions,” Matthew Houser, former research fellow at Indiana University’s Environmental Resilience Institute, told the Times. but we should be “strategic, thoughtful, and careful about how we enter them.”

“Listen first, and then talk,” advised Molly Burhans, student researcher at the institute. “Climate change means something different to everyone, and everyone is affected by it differently.”

Houser, now with The Nature Conservancy, also stressed the value in beginning with local climate impacts and associated solutions. “You don’t need to enter into a broader discussion about changing the global reliance on petroleum,” he added.

You also don’t need a degree in climate science to talk about climate change. Resilience Institute fellow Nathaniel Geiger said some people are afraid to talk about global warming for fear of appearing ignorant about what they see as an “expert” subject. But that self-censorship can be very destructive: “If most people who are concerned about climate change aren’t talking about it,” then those around them will “falsely assume that other people aren’t concerned.”

There’s still a segment of the population where climate denial is alive and well. The right-wing press in the United Kingdom, for example, has been outdoing itself with claims that the extreme heat scorching that country is nothing more than an opportunity to eat more ice cream.

Tone-deaf Spectator columnist Brendan O’Neill urged Britons to “calm down” in the face of what he calls “heat wave green hysteria.” Suggesting something “creepily pre-modern in the idea that sinful mankind has brought heat and fire and floods upon himself with his wicked, hubristic behaviour,” he asks: “What next—plagues of locusts as a punishment for our failure to recycle?”

“What a joker,” retorts the New Statesman. “Sardinia is experiencing its worst locust invasion in over 30 years,” thanks in large part to the extreme heat of climate change.

Your Climate Shadow Matters More Than Your Carbon Footprint