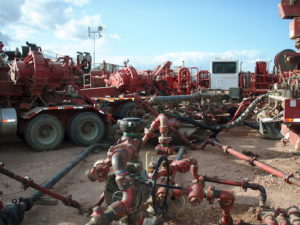 Rebuffing the still widespread narrative that natural gas is a “bridge” fuel, a team of German energy economists is warning that the massive global expansion of gas infrastructure now under way puts both climate mitigation efforts and the transition to renewable energy at risk.

The ongoing and pervasive failure to fully account for the climate impact of methane emissions, the carbon lock-in that will attend further buildout of fossil gas infrastructure, and the economic devastation that will attend the inevitable stranding of these assets should have policy-makers undertaking a serious rethink of the “massive” infrastructure expansion” now under way around the globe, writes a team led by Claudia Kemfert of Berlin’s German Institute of Economic Research in the journal Nature Energy.

Describing this juggernaut buildout, Kemfert and her colleagues say almost 500 gigawatts gas-fired power plants are now under construction or on the drawing boards. New liquefied natural gas (LNG) import terminals with combined capacity of 635 million tonnes per year, together with export terminals with capacity of 700 million tonnes, are also currently under development.

The authors say they’re out to “stimulate critical discussion by challenging commonly held assumptions on natural gas,” beginning with the heavily-promoted narrative that fossil gas is a “climate-friendly alternative to coal.”

On the face of it, current global estimates put average leakage rates of methane around 2.2%, below the level where its greenhouse gas emissions advantage over coal “becomes marginal”, they write. But without a rigorous global standard for methane monitoring, the 2.2% estimate is hardly rock-solid. “Regional studies on upstream methane emissions related to the oil and gas sector in Canada and the United States show that previous studies underestimated methane emissions by 50–60%.”.

That leaked methane also “had a great impact on the climate than previously thought,” they add. The latest analysis by the Intergovernmental Panel on Climate Change (IPCC) concludes that methane is up to 87 times more powerful an atmospheric warming agent than CO2 over a 20-year span, not 80 times as earlier studies concluded.

The authors warn that the very high short-term warming potential of leaked methane could be enough to trigger climate tipping points that could then “lead to abrupt and irreversible climate change as early as the next decade.” That makes short-term methane reductions “a crucial component of mitigation efforts.”

Citing the European Union’s widely-used PRIMES (Price-Induced Market Equilibrium System) energy system model as a case in point, they add that “the climate impacts of the use of natural gas have been systematically underestimated in energy system modelling and in the balance of national GHG inventories,” and urge policy-makers to correct the error.

All of those problems are compounded because gas pipelines, LNG terminals, and gas-fired power plants “have a technical lifetime of several decades,” and therefore “pose a particularly great risk for carbon lock-ins,” they add. “Owing to institutional lock-in mechanisms, such as the legal protection of property and opposition from asset owners, the decommissioning of privately-owned infrastructure after only a fraction of its lifespan is very challenging.”

All of that infrastructure represents a “misallocation of capital,” siphoning off monies that might otherwise be invested in renewable energy. With at least $US2.3 trillion worth of gas and oil projects now under way that “are not aligned with the Paris Agreement,” they add that “up to US$90 billion of today’s coal and gas power plants could become stranded by 2030,” with another US$310 billion added to the list by 2050.

[…] ¶ “Global Gas Expansion Endangers Climate Targets” • Rebuffing the still widespread narrative that natural gas is a “bridge” fuel, a team of German energy economists is warning that the massive global expansion of gas infrastructure now under way puts both climate mitigation efforts and the transition to renewable energy at risk. [The Energy Mix] […]