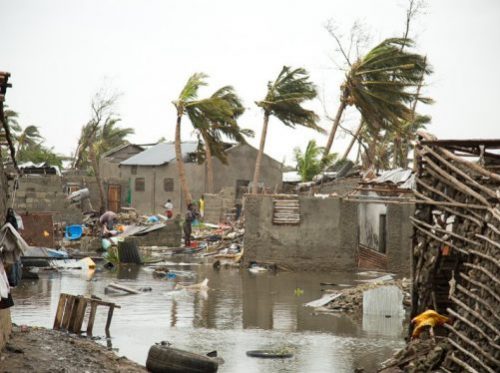 Two days of negotiations in Berlin last week yielded decent progress on how the world’s richest countries can compensate the poorest for the impacts of climate change. But there’s a lot more ground to cover to deliver a fair, effective result at this year’s UN climate summit in November, Bloomberg Green reports.

“The contentious question of how rich countries should compensate poorer ones is known in climate policy jargon as ‘loss and damage’,” Bloomberg explains. “Wealthy nations have emitted the lion’s share of the greenhouse gases that are warming the planet, but developing nations are suffering the most from extreme events linked to global warming.”

Loss and damage discussions did not progress very well during last month’s mid-year negotiations leading up to the COP 27 climate summit in Sharm el-Sheikh, Egypt later this year, Bloomberg says. But “the mood in Berlin was more relaxed than it was in Bonn,” with a less formalized process opening up more dialogue between rich countries that want to settle loss and damage through existing climate finance structures and developing countries that want new tools put in place.

“There’s still a lot to do until COP 27,” said Carolina Cecilio, a risk and resilience policy advisor with the E3G climate consultancy. “But I think that because there was an open and honest exchange in small groups, they might be moving toward an acceptance that loss and damage has to become an agenda item of some sort.”

But Power Shift Africa Director Mohamed Adow warned the process will fail without a shift in perspective.

“I can’t see a path for success at COP 27 without solidarity being extended to the most vulnerable,” he told Bloomberg. “There is no way we can leave Sharm el-Sheikh with a good outcome if that is not going to include assurances for the most vulnerable.”