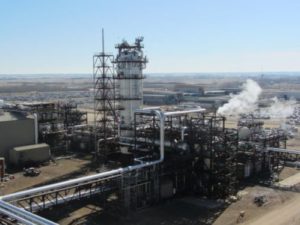 The detailed science on the fossil industry’s highly-touted carbon capture and storage and carbon dioxide removal technologies is not nearly as optimistic as the summary language in the most recent United Nations report on the topic, veteran climate journalist Amy Westervelt concludes in a recent episode of her Drilled podcast.

With massive political and financial clout lining up behind CCS and CDR, a constant refrain from its proponents is that there’s no other way to hit an ambitious target to bring global greenhouse gas emissions to zero—because the UN Intergovernmental Panel on Climate Change (IPCC) said so. But that messaging misses a dramatic gap between the negotiated text in the IPCC’s Summary for Policymakers [pdf] and the more detailed, unfiltered analysis in the full 2,913-page summary report [pdf], Westervelt says on her self-styled “true crime podcast about climate change”.

[If you sign up here, you’ll never miss another episode—Ed.]

“The Summary for Policymakers (SPM) was significantly more positive about the potential for CDR than the rest of the report, and most media coverage of the report drew almost exclusively for that summary,” Westervelt explains. “But the Summary for Policymakers is the only part of the report that politicians are allowed to weigh in on, and we already know that both Saudi Arabia and the U.S.—two countries with a lot hinging on the potential of CDR to close the gap left by the inaction of their governments and fossil fuel companies—leaned heavily on the IPCC to include positive mentions of carbon removal. So I wasn’t exactly surprised to find that the rest of the report was nowhere near so positive.”

Carroll Muffett, president and CEO of the Center for International Environmental Law (CIEL), told Westervelt the comparison between the short form and the full analysis reflected a trend he’s seen over the last several IPCC reports. “People will cherry pick individual lines out of the Summary for Policymakers and use those lines, often taken out of context, to spin very simple but deceptive narratives about what the IPCC is saying,” he said. “And nowhere has that been clearer” than in the IPCC’s research and messaging on CCS and CDR.

That left it up to groups like CIEL to analyse the documents, “unpack what the IPCC is really saying about these technologies,” and “push back against those oversimplified and, frankly, false narratives that CCS and CDR are the solutions to the climate crisis. Because the IPCC really doesn’t say that.”

Nikki Reisch, director of CIEL’s Climate and Energy Program, said the assumptions built into the IPCC’s modelling also “skew perceptions of what’s possible” in the shift off carbon and fossil fuels. CIEL’s analysis found that the political and economic assumptions baked into the analysis “constrain the way the models represent what mitigation pathways are available and what outcomes are possible,” she told Westervelt. That included a “focus on and assumptions about economic growth that really exclude the possibility of reconceiving growth as something other than the inexorable accumulation of and use of resources. So that possibility is really written out of many of the underlying models.”

Moreover, the IPCC’s approach to calculating the costs of driving down emissions fails to “capture the costs of climate change itself, or adaptation to climate change,” Reisch added. “That bias towards avoiding near-term costs really ends up skewing the models toward reliance on future speculative technologies, rather than near-term available mitigation measures now.”

A more realistic analysis of today’s renewable energy and electrification technologies would show “that there are enormous near-term emission reductions to be made at relatively low cost, some in fact at negative cost, which means the economy benefits from accelerating wind and solar energy deployments,” Muffett said. “You could achieve more reductions from reducing methane emissions from oil and gas. And, of course, you could achieve even more if you stopped producing so much oil and gas in the first place.”

When it comes to CCS and CDR, in contrast to the messaging in the Summary for Policymakers, “the IPCC is saying here in graphic terms, literally, look, this stuff is extraordinarily expensive and it has very limited potential,” he said. Yet “the story that the summary for policymakers appears to tell is one that really puts CCS and CDR at the forefront of solutions.”

This is a regrettably one-sided article that does not even make an attempt to counter the arguments made by CIEL, a well-known, staunch and uncompromising opponent of CDR.
While there are many aspects of their analysis one can take exception to (e.g. accusing the proponents of CDR of cherry-picking information and then doing the very thing by cherry-picking information from the risk section of the report to bolster their argument) there is one particular issue that I would like to point out:

No serious proponent of CDR views it as a replacement for deep decarbonization as fast as possible. CDR is never meant to replace phasing out fossil fuels. Its purpose is to offset emissions that are hard to get rid of, such as in steel making or agriculture (fertilizers) and to remove excess CO2 that has already accumulated in the atmosphere. We are now at 420 ppm of CO2, we need to get down to at least 350 ppm, this is not possible without removal as CO2 doesn’t simply disappear.

The false dichotomy CDR opponents create is regrettable. We all want the same thing, less CO2 in the air causing less havoc on our climate. We need to be creative and innovative and use all the tools at our disposal including developing those that are not yet ready for prime time. A more nuanced discussion is sorely needed and biased articles like this just deepen the rift instead of helping us build a bridge for the benefit of our planet.

Thanks, Tina. Yes, serious CDR proponents are diligent and careful to be clear that we need both, and deep decarbonization first. My sense is that the conversation gets a lot more polarized when we see fossil companies seizing on a combination of CCS, CDR, and carbon offsets as a pretext to continue increasing oil and gas production into the indefinite future, a proposition that looks easy politically but makes no sense technically. It’s easy to understand the frustration when honest practitioners’ work is routinely rolled over into greenwash.

True, the fossil fuel industry trying to greenwash with the goal to continue business as usual is a big problem. But it is one most of us who think about these things daily are aware of. Rejecting a whole host of promising solutions to combat climate change because a group well-known for disinformation is trying to use them for their own purpose is not the right approach. We should work together to make sure they don’t succeed with their efforts rather than reject the solutions.
Where we are now is that there is a huge split between the green CDR opponents and proponents when we should be natural allies. In fact, we agree on pretty much everything else (climate change exists, it’s man-made, we need to decarbonize, we need to restore our climate, there is too much CO2, whatever we do needs to be done equitably and fairly, to name just the most obvious). Having orgs like CIEL vilify CDR and CDR proponents is not helping, the task is enormous and overwhelming as it is, we don’t need the infighting.

Tina, I can understand your concern, I really can. But if your work is being misused and twisted for the politicized purpose of keeping a declining fossil industry in business at taxpayers’ expense, you can’t expect groups not to push back.
Maybe the first thing place for genuine CCS/CDR advocates and other climate hawks to find common ground is on a joint statement decrying the fossil industry’s outsized influence, and for bonus points, committing not to endorse fossil lobbying for CCS subsidies or accept the proceeds of that effort. With the industry making record profits now, and taking in $2.8 billion per day over the last 50 years, they can and should be paying their own way. If politicians consistently heard that from CCS/CDR developers, it would carry a lot of weight…and add credibility to the research effort.
Are you in?

Yep, I am in. Subsidies in any shape or form for the fossil fuel industry are a travesty and should be stopped right now. All that money could and should go to renewables and to some extent to CDR.
So, what do you suggest next?