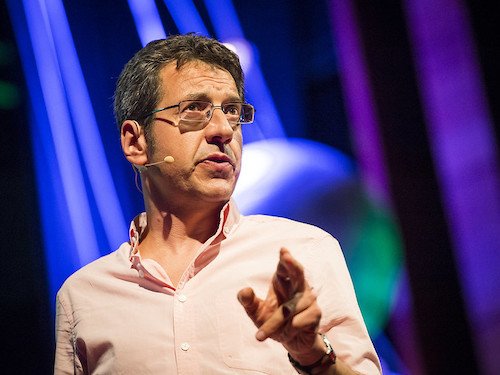 Only radical system change demanded by an informed majority—not the timid environmentalism of the few—will break the deafening silence that media and politicians deploy against the surging “roar” of the climate crisis, writes essayist and activist George Monbiot in a post for the Guardian.

Citing the heat wave currently searing the United Kingdom and much of western Europe and North Africa as evidence of “atmospheric rage” that can no longer be ignored, Monbiot urges a radical rewrite of the playbook of environmental activism as humanity’s onlypath to building a sustainable and just world: a process that must begin with telling the public the truth about the climate crisis. That truth, he adds, is something that “most of the media and most of the political class has been avoiding for so long.”

“Never has a silence been so loud or so resonant,” writes Monbiot, and that silence is no passive absence but rather is an active force, “a fierce commitment to distraction and irrelevance in the face of an existential crisis” and “a void assiduously filled with trivia and amusement, gossip and spectacle.”

And while the public has shown an unhealthy appetite for those distractions, people en masse can hardly be blamed, as “politicians and media barons deploy every imaginable wile and ruse” to prevent them from asking tough questions and acting on them.

Mainstream environmental movements are another matter, however. Monbiot is searing in his indictment of what he sees as a systemic timidity and naivete that have left those genuinely dedicated to building a sustainable and just world, “playing patience,” whilst “power has been playing poker.”

The fundamental, “terrible mistake” that most environmental movements made, he explains, was to assume that the “asks” involved were too big, that efforts to go big would fail in the face of political and public resistance. Hence the adherence to relatively small steps, in the hope that those wins might “add up to the comprehensive change we seek and deliver the world we want.”

That “timid” hope has continued in the face of a “radical right insurgency” dedicated to “crushing the administrative state, destroying public protections, capturing the courts, the electoral system, and the infrastructure of government, shutting down the right to protest, and [even] the right to live,” steamrolling its way to system change of a kind most destructive to planet and people.

“Far from being a shortcut to the change we want to see,” Monbiot says, incremental environmentalism “is a morass in which ambition sinks.” Citing the success of the radical right as proof that system change is the only fast, effective means of transformation, he urges climate campaigners to  “stop bringing buckets of water when only fire engines will do.”