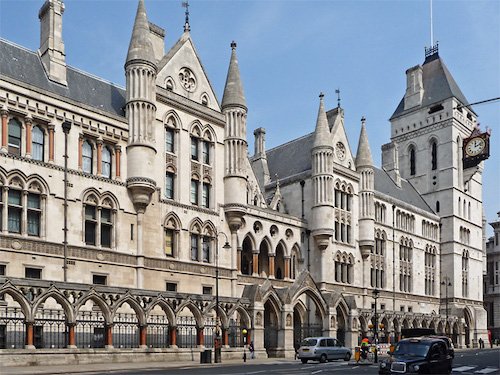 The court ruling, issued late Monday at the height of a record-breaking heat wave, concludes that the net-zero plan “is in breach of the law” because it doesn’t explain how the government’s ambitious targets will be met, Sky News reports. In his judgement, Justice David Holgate says the UK’s minister for business, energy and industrial strategy (BEIS), Greg Hands, lacked legally-required information on how carbon budgets would be met when he signed off on the strategy.

“In court, it emerged that behind-the-scenes calculations by civil servants to quantify the impact of emissions cuts from policies in the net-zero strategy did not add up to the reductions necessary to meet the sixth carbon budget—the volume of greenhouse gases the UK can emit from 2033-37,” the news story states. The 5% gap amounted to 75 million tonnes of carbon dioxide, about the equivalent of all UK car travel in 2019, before pandemic restrictions hit.

“The illegality of its landmark climate change strategy is a huge political embarrassment to the government,” the Good Law Project said in a statement.

“This landmark ruling is a huge victory for climate justice and government transparency,” said Friends of the Earth lawyer Katie de Kauwe. “It shows that the Climate Change Act is a piece of legislation which has teeth, and can, if necessary, be enforced through our court system if the government does not comply with its legal duties.”

Friends of the Earth said the government will now have to deliver a “quantified account of how its policies will achieve targets, based on a realistic assessment of what it expects them to deliver,” Sky News says.

Holgate did not find in favour of the environmental plaintiffs on all parts of their claim. That prompted a BEIS spokesperson to respond that “the net-zero strategy remains government policy and has not been quashed. The judge made no criticism about the substance of our plans which are well on track and, in fact, the claimants themselves described them as ‘laudable’ during the proceedings.”

Climate Politics in a Heat Wave

The High Court ruling landed in the middle of a race for the leadership of the British Conservative party, with candidates only belatedly endorsing the net-zero strategy while a massive heat wave blanketed much of their country, wildfires burned in and around London, and home energy prices soared.

In the end, four of the top candidates pledged to back the strategy if they won the top job, with Portsmouth North MP Penny Mordaunt asserting that “environmentalism and conservatism go hand in hand” and promising “millions of green jobs” if she becomes Conservative leader and prime minister.

As of Wednesday evening, former Chancellor of the Exchequer Rishi Sunak and Foreign Secretary Liz Truss were the last two candidates in the campaign. Both have endorsed the net-zero goal.

But not before what the Guardian calls a “fierce battle” between the party’s green Tories and an entrenched cadre of climate deniers, with international environment minister Zac Goldsmith “saying he would vote for an opposition party if a Conservative leader ditched net-zero.”

Earlier, veteran cabinet minister and COP 26 chair Alok Sharma, the MP for a swing seat in Reading, said he might quit the party if the new PM failed to uphold the net-zero pledge.

“This is absolutely a leadership issue,” Sharma said, warning that a reversal on the strategy would do “incredible damage” to the country’s global standing and irreversible harm to the UK and global economies.

“Anyone aspiring to lead our country needs to demonstrate that they take this issue incredibly seriously, that they’re willing to continue to lead and take up the mantle that Boris Johnson started off,” Sharma said Saturday. “I want to see candidates very proactively set out their support for our net-zero agenda for green growth.”

Some of the momentum to turn rhetorical commitments into programs and results may come from recent news reports showing more voters deserting the Conservative party over high energy bills than Boris Johnson’s chronic embarrassments, seven in 10 Britons confident that renewable energy can solve the country’s cost of living crisis, and 40,000 voters in leadership candidates’ home districts falling into energy poverty in the last two years.

And while climate deniers urged the country to “calm down”, declaring that “the heat wave green hysteria is out of control,” the Washington Post called the heat emergency “the latest example of how human-caused climate change is pushing temperatures to levels previously considered unfathomable—faster than many can imagine.” Just a week ago, the UK Met Office projected only a 10% chance of the mercury hitting 40°C, “a level unsurpassed since at least 1850—and probably in more than 6,000 years,” the Post said. “But the seemingly unlikely model forecasts proved correct,” producing a result in 2022 that scientists hadn’t expected to see somewhat routinely until 2050.

“London is burning,” reporter Jeff Goodell wrote for The Rolling Stone. “Are we ready to listen to climate scientists yet?”