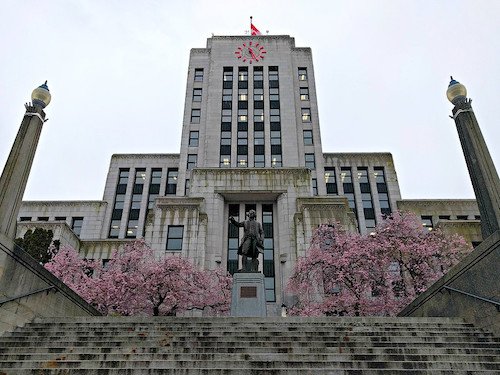 The council motion allocates $1 per resident to help get the lawsuit off the ground. The 2021 Canadian census put Vancouver’s population at 662,248.

“We still didn’t really believe it until it actually passed,” WCEL Staff Lawyer Andrew Gage said in the moments after the decision. “I nearly fell off my chair when I realized that we were going to win this vote,” he later tweeted.

“This is a really exciting step for the Sue Big Oil campaign,” he added. “Other cities are now going to have to explain whether they’ll step up and protect their taxpayers from the costs of climate change by following Vancouver’s lead, or whether they’re going to let Big Oil off the hook.”

Councillor Christine Boyle, one of the majority who backed the motion, said she hoped other British Columbia municipalities would do the same.

“Of course we’re stronger if more voices join together, and local governments all over B.C. and beyond are already seeing the very high costs and impacts of climate change on our local infrastructure and our residents,” she told The Energy Mix Wednesday evening.

“The reality is that we don’t have the fiscal tools currently to respond to those costs,” Boyle added. “In Vancouver, we approved a four-year capital plan just a few weeks ago, and it was an incredibly challenging plan because of climate-related infrastructure damage that we’ve seen just in the last year.  We weren’t planning to prioritize [those items] in the next four years, but now we know we need to. Those costs are only going to grow. So we need to be thinking creatively about how we cover them, and big oil companies should absolutely be paying their fair share for the damage their products have caused, and that they’ve profited off of for so long.”

She said Vancouver’s C$3.49-billion capital plan for 2023-26 includes $335 million for climate mitigation investments and another $200 million to adapt to climate impacts, with both totals including $75 million for projects that cross over between the two categories.

Boyle cast the fiscal realities behind yesterday’s motion as one part of the argument for faster action on the climate emergency.

“I talk about the importance of climate from a moral perspective and from a justice and equity perspective all the time,” she said. “We had 100 people die in Vancouver in the heat dome last year, and those lives should weigh heavily on us as locally elected leaders and should influence our support for these kinds of decisions.”

But “even if climate change doesn’t keep you up at night like it does for me, every locally elected leader and every local government is struggling under the increasing costs of maintaining basic infrastructure, as well as addressing the increasing number of expectations and responsibilities that fall on our plate,” she added. So “I do think it’s a strategically important approach that we reach people from all of these different angles, so that we have more people at the table.”

In a release Wednesday, the Sue Big Oil campaign cited colossal fossils Shell, Chevron, and ExxonMobil as examples of the global climate polluters that might be named in a class action suit. It said the Insurance Bureau of Canada is advising local governments to spend a combined $5.3 billion per year, including $1 billion in Vancouver, to prepare for climate impacts.

“After the extreme heat, wildfires, and catastrophic flooding that occurred in 2021, Vancouver and other municipalities around the province are increasingly recognizing what climate change could end up costing them—both in damages and adaptation,” the release stated.