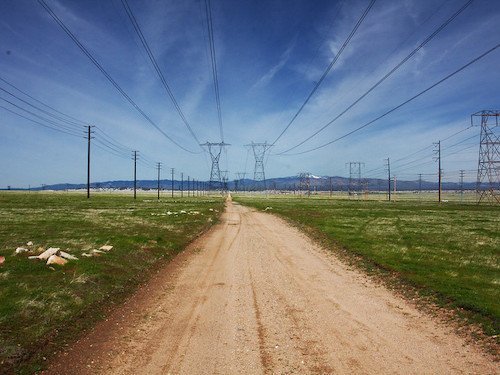 The United States’ largest public utility has issued a request for 5,000 megawatts of carbon-free energy before 2029—weeks after it was directed to reconsider plans for converting a retiring coal plant to a natural gas facility.

Operating in seven states and serving 10 million residents, the Tennessee Valley Authority (TVA) says its request for proposals is the largest this year for any U.S. utility, and the biggest in its own history, reports the Chattanooga Times Free Press.

Earlier in July, the U.S. Environmental Protection Agency (EPA) urged TVA to reconsider plans to convert its largest coal facility to a natural gas plant, calling on the utility to align with President Joe Biden’s climate goals, writes E&E News. “There are cheaper and cleaner options to combat climate change,” the EPA said in a statement.

“We are taking this bold, decisive action because TVA is uniquely positioned to lead in reducing carbon emissions for the region and the nation,” President and CEO Jeff Lyash said in a statement. “This announcement is a clear signal to our industry, our partners, and our nation that we need to move further and faster, together, to make a cleaner future a reality.”

The utility is “taking meaningful actions to deploy carbon-free energy,” Nuclear Energy Institute President and CEO Maria Korsnick said in a statement. “We applaud TVA for recognizing the significant role nuclear energy will have alongside wind, solar, and other low-carbon technologies.”

TVA aims to reach net-zero emissions by 2050, with a 70% reduction from 2005 levels by 2030 and 80% by 2035. The agency said it is aggressively exploring and accelerating carbon-free technologies, and plans to bring an additional 10,000 megawatts of solar capacity online by 2035. Last year, TVA announced it was investing US$2 billion in new transmission infrastructure and launched an exploration of carbon capture, hydroelectric pumped storage, and hydrogen technologies, reports the Institute for Energy Economics and Financial Analysis.

While TVA takes ambitious steps towards decarbonization, it may still treat natural gas as a “bridge fuel”, the utility says. Its contention is that “financial and system analysis indicate a [combined-cycle] gas plant is the best overall solution to serve low-cost, reliable, and cleaner energy to the TVA power system,” E&E News reports.

CEOs Can (Finally) Be Fired for Fudging the Numbers on ESG