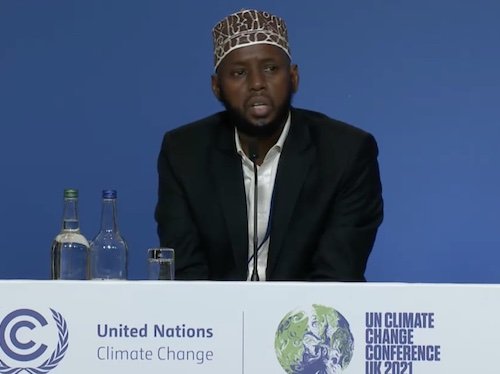 A leading advocate for Africa’s renewable energy transition is condemning Germany and Italy for pushing to “saddle” African countries with new fossil fuel infrastructure that will drag down their economies.

“We must respond with a firm no, and instead demand that European countries support us in the development of renewable energy systems,” says Mohamed Adow, Director of the Nairobi-based think tank Power Shift Africa.

Germany and Italy have been working to secure new gas deals with fossil fuel-rich African countries as part of their strategy to wean themselves from Russian oil. Italy has reached deals with Algeria, Angola, Egypt, and the Republic of the Congo, and German Chancellor Olaf Scholz—in his first official trip to the continent—announced in Senegal his intent to pursue energy projects “intensively”. German talks with Senegal leaders have already begun, with Scholz “expressing willingness to offer technical investments in power plant infrastructure in Senegal,” Adow writes for Project Syndicate.

On the surface of these deals are the European leaders’ claims that, by offering investments for new fossil fuel exploration and extraction on the African continent, they will help create jobs and support economies. But Adow cites Ugandan climate activist Vanessa Nakate to point out that Africa’s fossil fuel development to date has not helped reduce energy poverty or bring prosperity.

“In fact, African economies that depend on fossil fuel exports suffer slower rates of economic growth—sometimes up to three times slower—than those with diversified economies,” he writes.

Adow adds that private European oil companies have had a heavy hand in much of the recent dealmaking, pointing out that the CEO of Italian fossil giant Eni was present at the signing of every deal made by the Italian prime minister.

This corporate presence belies an uncomfortable truth about the future of these newly-signed gas projects: The European Union’s climate targets will increase the share of renewables in its energy mix, gas demand will drop, and the fossil infrastructure born from these deals will become stranded assets that drain their host countries’ economies for years to come. The EU’s carbon border adjustment mechanism will also hasten this transition. The continent’s fossil companies already understand how these changes will affect their bottom lines, Adow says, and their real goal for expanded output from Africa is to “squeeze every drop of profit out of their declining industry while they still can.”

He adds: “The fact that they will leave African countries holding the stranded assets is just as immaterial to them as their contributions to climate change have been.”

Instead, African countries should demand that European countries support African development and implementation of renewable energy systems that can directly help the continent and improve energy access.

“Africa must invest in distributed renewable energy systems, which would bring true prosperity and security to our continent, rather than poisoning our food, polluting our rivers, and choking our lungs to profit remote shareholders,” writes Adow.