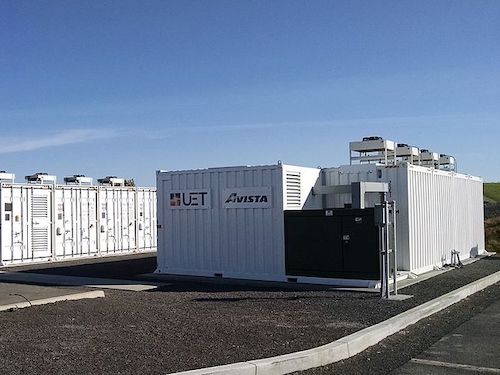 A plan for a massive battery storage system near Sault Ste. Marie, Ontario, is moving ahead after receiving city council support.

Designed by Quebec-based Evolugen, the C$300-million storage system will be located 15 kilometres outside the city in Prince Township, alongside the company’s existing wind farm, reports SooToday.

“It’s a large project,” said Simon Laroche, Evolugen’s vice president of trade and marketing, who attended the council meeting by video conference. He added that the new installation, the Timberwolf Battery Energy Storage System, will be “an innovative and low-carbon project” using modular lithium-ion batteries for 161 megawatts of installed capacity.

The largest projects in the world of this kind have about 300 to 400 megawatts of installed capacity, Laroche said.

The system is being designed in response to a call from the Independent Electricity System Operator (IESO) for additional storage capacity to meet rising energy demands, said Evolugen’s vice president of external and government relations, Remi Moreau, who also joined the meeting via video conference. Plans involve installing battery modules and possibly a new substation, along with some light-duty civil, safety, and security infrastructure such as fencing and cameras. The storage system will charge from the Prince Wind Farm and the provincial grid at night—mostly during off-peak hours—and discharge “largely during peak times,” SooToday writes.

So far, Evolugen reports, several contractors in the area have responded positively to the plans and are interested in partnering on the project. Requests for proposals will be issued early next month, with bids due November 1 and contracts to be awarded in December. Construction is expected to start during “the back half of 2023 but mostly in 2024,” with commercial operations beginning in May 2025, said Laroche.

Evolugen has 61 renewable energy facilities in Canada, but Laroche said the Timberwolf System will be one of the few projects of this scale in Canada.

“This would be Evolugen’s first investment in batteries—right here in Sault Ste. Marie,” said Moreau. “Very exciting for us.”

How much installed capacity in kWh?