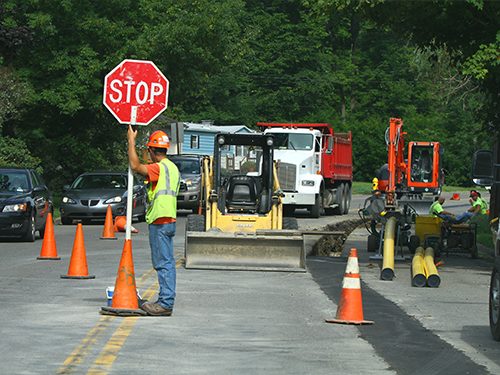 Changes in global oil prices and markets will continue to destabilize jobs in Alberta, and declining oil demand due to the shift off carbon will have job impacts far beyond the province’s fossil sector without the right mix of just transition policies, an Oxford University research team concludes in a paper published this morning in the journal Climate Policy.

The study says job risks due to unsteady oil and gas prices run across economic sectors, with most of the industries in Alberta built around supporting its fossil sector.

“Employment in oil and gas, construction, professional services, and accommodations and food services is sensitive to oil price fluctuations and, therefore, may face higher risk in a clean energy transition,” the authors write. “Transitional assistance policies can support workers in the sectors we have identified as high risk, while economic diversification measures can ensure that retrained Albertans find stable opportunities in existing and new sectors that do not rely on international oil markets.”

The study also found that potential employers’ perceptions can make it difficult for fossil workers to leave the sector (even though more than two-thirds say they want to).

“I talked to people outside my industry that looked at my resume and they said they don’t hire oil and gas people, because when oil goes back up, they all leave, and they wasted time training them and have to hire someone new,” one worker told the researchers. But “my resume shows oil and gas. What else am I going to put on it?”

The study findings “suggest the province’s current economic dependence on oil creates job precarity because employment in various sectors is sensitive to a volatile oil market,” said lead author and LSE researcher Antonina Scheer, who conducted the study as part of her master’s research at Oxford. “If Canada’s and Alberta’s policy-makers take these sectors into account, the province could have a smoother transition away from oil sands production, while reducing its reliance on a product that has long created uncertainty in the labour market.”

“The debate around whether or not a clean energy transition will happen is over,” added co-author Moritz Schwarz, a doctoral candidate at Oxford Smith School. “It is now imperative that action is taken by policy-makers and other stakeholders to ensure the transition is just and fair—not just for fossil fuel industry workers, but for all workers whose fortunes have been closely tied to volatile oil markets.”

No Need for ‘Miracle Technologies’ to Rapidly Decarbonize Energy: Jacobson