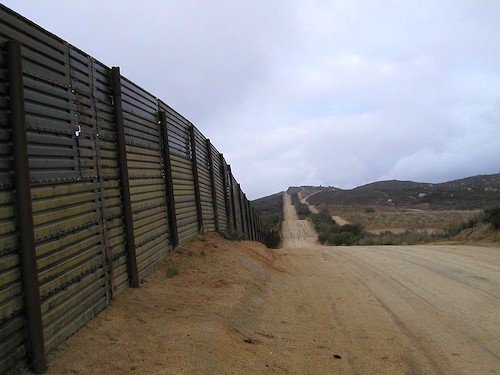 The 53 migrants who died from heat exhaustion in Texas after being abandoned in a sweltering tractor-trailer in 100°F heat were victims of vicious smugglers, inhumane laws, dire conditions at home, and a climate crisis that continues to pick off the world’s most vulnerable first.

In latest news, four people have been charged with crimes ranging from alien smuggling resulting in death to illegal firearms possession, reports the New York Times. The industrial road in San Antonio where most of the migrants died—five passed away later in hospital—is well-known to locals as a “drop-off spot” for migrants desperately seeking a better life than their homelands can offer.

Citing immigrant advocates, the Times writes that “tens of thousands of migrants” have already passed through San Antonio this year.

Twenty-two Mexicans, seven Guatemalans, and two Hondurans are among the dead. Authorities continue to try to identify the others. Some are believed to be under the age of 18.

While the precise circumstances surrounding the migrants’ deaths remain unverified, it seems the truck, likely abandoned by its drivers when it suffered some kind of mechanical breakdown, had neither air conditioning nor water. CNN reports that while the truck was found with its door partially open, those inside were already too far gone from heat exhaustion to make their escape into the relative cool of 100°F heat outside.

The journey across the Mexico-U.S. border, into a San Antonio-bound transport truck, and eventually into smaller vehicles that fan out to final destinations across the country typically costs between US$8,000 and $10,000, Craig Larrabee, acting special agent in charge of Homeland Security Investigations in San Antonio, told the Associated Press.

Depending on the coyote, they may receive little water, and may not be allowed to carry cell phones.

“In the past, smuggling organizations were mom and pop,” Larabee told AP. But now, “you have a criminal organization who has no regard for the safety of the migrants. They are treated like commodities rather than people.”

Described as the deadliest human smuggling event in United States history, this tragedy is not a first for San Antonio. AP recalls the 10 migrants who died inside a sweltering truck in 2017, in the parking lot of a local Walmart, and the 19 who died in similar circumstances in a truck on the outskirts of the city in 2003.

So many desperate people are being forced to put their lives in the hands of human traffickers because legal means to enter the United States are increasingly closed to them, writes the Washington Post. That’s been the story since the Trump administration enacted its Title 42 provision in March 2020, a measure “which used the emergency context of the pandemic to allow border enforcement officials to expel migrants before they can be bureaucratically processed or attempt to claim asylum.”

The Biden administration’s effort to overturn Title 42 is currently blocked by a Louisiana judge, although the U.S. Supreme Court opened up a surprise window late last week for the current White House to do something about that, at least temporarily.

While dire conditions in their home countries—gang violence and extreme poverty, in particular—are being cited as key drivers behind the migrants’ desperate bid for a better life in the United States, the climate crisis is also heavily implicated, and not just in the searing temperatures that caused conditions inside that tractor trailer to exceed the limits of life.

From monster hurricanes, to mudslides, to crop- and livelihood-killing drought, the climate crisis has already sent millions of people from Mexico and Central America, especially Guatemala and Honduras, north in desperate search of a better, safer, life in the United States—even in the face of repeated evidence that no safe harbour is to be found there.