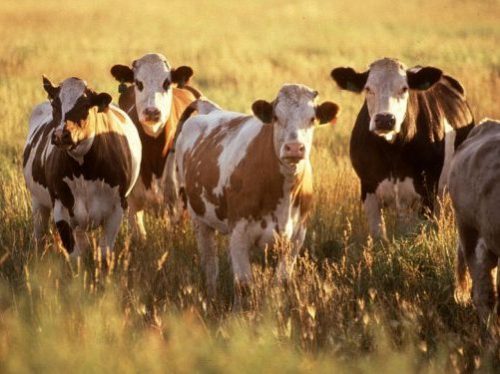 Last November, the Biden administration in the United States released a Methane Emissions Reduction Plan that included detailed steps to reduce emissions of the potent planet-warming gas from the oil and gas industries and from landfills. Under the authority of the Clean Air Act, the Environmental Protection Agency (EPA) would expand regulations on fossil energy companies and require landfills to significantly reduce their emissions.

According to a new report from the Institute for Agriculture and Trade Policy (IATP), those efforts will not be nearly enough, and “there is much more the Biden administration can and must do” if the U.S. is to have a chance at honoring its global pledge to cut methane emissions overall by 30% by 2030.

“It really is a political reluctance to ever talk about regulation when it comes to agriculture,” said Ben Lilliston, the author of the report and director of rural strategies and climate change at IATP. “We’re huge fans of voluntary programs, but when there are market pressures to get bigger and to go toward more-polluting systems, these types of voluntary [initiatives] are going to be limited.”

In 2019, 37% of the country’s methane emissions came from animal agriculture. In the latest report from the United Nations’ Intergovernmental Panel on Climate Change (IPCC), the world’s top climate scientists said the food and agriculture sector could provide up to a third of the greenhouse gas emissions cuts needed to avoid catastrophic impacts, and they zeroed in on reducing methane across sectors as critical.

In the report, Lilliston details how the Biden administration’s plans to address those emissions are centred almost exclusively on building more digesters on dairy and hog farms, which capture methane from CAFOs and convert it to energy. However, digesters are controversial for several reasons. Experts and advocates say directing funding to digesters creates incentives to build larger CAFOs that produce other forms of pollution and have a number of impacts on surrounding communities, including degrading their water and air quality. Since the gas is now fed into natural gas pipelines, digesters can also help entrench fossil fuel infrastructure.

Instead of relying on digesters, IATP’s report provides eight steps to build a “stronger methane” plan. First, it says that the EPA should regulate methane emissions from the largest dairy and hog CAFOs using its authority under the Clean Air Act, in the same way that the agency has proposed doing so at landfills and in the oil and gas sector. In April 2021, IATP was one of 25 organizations including the Environmental Integrity Project, the U.S. Sierra Club, and Friends of the Earth U.S. that petitioned the EPA on this point, but Lilliston said the agency has not yet responded.

Last week’s Supreme Court decision in West Virginia vs. EPA could also limit the agency’s ability to make this move: The case, which centres on whether the EPA or the U.S. Congress has authority to regulate power plant emissions, could have broad implications for the ability of the executive branch to fight climate change.

Another recommendation that Lilliston thinks could have a huge impact is the Security and Exchange Commission’s (SEC) recent proposed rule that, if finalized, would require publicly traded companies to report emissions and climate-related risks to investors. The rule could require meat companies to report methane emissions from farms within its supply chain. “It doesn’t require them to reduce emissions, but it holds them accountable,” he said.

Since the draft rule was published, the American Farm Bureau Federation has been mobilizing its members to ask the SEC to remove the requirement around supply chain emissions. “This could create burdensome reporting requirements for family farms and ranches selling into supply chains and force the disclosure of private information. And may create multiple, new sources of substantial costs and liabilities,” the Farm Bureau states on its website.

But Lilliston says the rule puts the burden squarely on companies, not farms, and that the requirement could create real opportunities for small farms that are using more climate-friendly practices. ”If a company is sourcing and knows that it has to report out its climate risk and its emissions, they would be looking for farmers doing it this [more sustainable] way,” he said. “The value would actually get recognized by the marketplace… and it would be more incentive for [other] farmers to be part of it.”

It’s worth noting that as far as food companies go, voluntary pledges haven’t led to significant emissions reductions to date. Another report released last month found that “companies in the industry have barely reduced emissions since the signing of the Paris Agreement in 2015” and are far from meeting 2030 goals. And on the oil and gas side, last Monday, a firm that analyzes satellite data reported that despite pledges, methane emissions from fossil fuels increased in the first quarter of 2022 compared to both the previous quarter and the same time period a year earlier.

The opportunity that the global methane pledge presents, Lilliston said, is that the goal—reducing methane emissions 30% by 2030—is straightforward, the timeline is short, and an annual check-in among world leaders is built into the process.

“They will have to report out how they’re doing at the end of 2022… and I think it’s going to be hard for them to say that they’ve made much progress,” he said. “Each year it will be more and more interesting, and that certainly leads into the farm bill.” Given that the massive omnibus bill determines agriculture policy for five years, “if we’re serious about this, we’re going to have to have some elements of the bill that are looking at [methane] or at least considering it.”

This story originally appeared in Civil Eats and is part of Covering Climate Now, a global journalism collaboration strengthening coverage of the climate story.