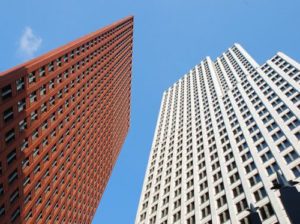 Food, fossil fuel, and pharmaceutical companies that have enjoyed bumper profits in the COVID-19 pandemic and its aftermath should be hit with a substantial windfall tax on their excess income, the global head of Oxfam has said.

A windfall tax of 90% on the excess profits globally would yield about US$490 billion that could be used to solve the food crisis, which is heading to “catastrophic levels” for hundreds of millions of people, and set the world on the path to a sustainable food system, Oxfam International Executive Director Gabriela Bucher told the Guardian, as part of the Covering Climate Now collaborative special week of coverage on food and water.

“The food crisis we’re facing is extremely serious, and probably unprecedented. There’s insufficient funding to address the immediate life-saving that is required, but also for the long term, addressing the root causes,” she said. “If we don’t act fast, it will continue and reach really catastrophic levels.”

A windfall tax could be used to alleviate the cost of living crisis for the poor in developed countries, and the building hunger in the developing world, argued Bucher.

“We know that large corporations are making very significant profits, and have been making them during the pandemic,” she said, singling out fossil fuels, food, and pharmaceuticals. “We’ve calculated how much excess profit there has been during the pandemic and taxing excess profits as a windfall tax would generate resources both for the most affected populations in the richer countries, and to be able to fulfil commitments in terms of aid, and responding to the worst suffering in the world.”

Such a tax would also produce funds to bolster the food system against future crises. “[It would] also address longer-term food security issues, because it’s important to save lives now, but also really strengthen the systems that will enable populations to be resilient,” she said.

Windfall taxes have been called for or implemented in several major economies. Rishi Sunak, the UK chancellor of the exchequer, recently imposed a levy on oil and gas companies, but reaped scorn for a plan with loopholes that allow for them to enjoy tax breaks instead if they invest their profits in increased production.

Nearly 200 million people are facing serious hunger or even famine, according to Oxfam, with the Horn of Africa, Afghanistan, and Yemen particularly badly hit. Extreme weather driven by the climate crisis, including a drought worse than any in the last 40 years in the Horn of Africa, has combined with the impacts of the pandemic—during which many countries exhausted their reserves of food—and the rising cost of fossil fuels and fertilizer. The war in Ukraine, a major producer of grain, cooking oil, and fertilizer, has compounded the disaster.

“It’s a combination of many crises at the same time—a polycrisis,” said Bucher. “We say it’s a cost of living crisis, that’s how it’s referred to across the world. But for many people in the poorest countries it is really a fight for survival.”

Bucher also called for the leaders of G7 countries, meeting earlier this week at Schloss Elmau in Germany, to suspend debt repayments for two years for the poorest countries. Developing countries are facing rapidly mounting interest charges on their debt, and dozens are believed to be in danger of default as they struggle to meet the cost of servicing debt while reviving their economies after the pandemic and coping with rampant inflation.

“They’re spending so much on servicing debt that they have less ability to invest in basic issues such as health or addressing food insecurity problems,” she said.

“Some of the countries are in real stress with the debt, plus the interest rate changes in the rich world have meant that servicing the debt has become more expensive. So we are calling on the G7 this week to really consider cancelling debt repayments for 2022 and 2023 [which would yield] $43 billion a year for the poorest countries,” she said. That money “could be spent now in addressing the famine-like conditions that many of the populations are experiencing, and being able to invest in the longer term for secure livelihoods.”

Bucher said the consequences for the poor would be “unimaginable” if the G7 failed to act. “What we want to avert is the catastrophic consequences of hundreds of thousands or millions dying,” she said. “We still have time but the more time passes, the more there’s inaction, the greater the danger is.”

Rich people must also pay more tax to help the poorest, Bucher added. The pandemic and food crisis have created at least 62 new billionaires in the food sector alone, according to Oxfam.

There are at least 2,700 billionaires around the world, but wealth taxes produce only about 4% of countries’ total tax revenues, so there should be much more scope for taxing wealth, according to Bucher. She pointed out that the richest 1% of people in the world produce twice the greenhouse gas emissions of the poorest 50%.

“We don’t think some of the extreme wealth and accumulation is sustainable and in line with a sustainable planet,” she said. “In 2022, to have a food crisis of the level that we have is not morally acceptable, and we all need to take responsibility and act.”

She said the problem was in the distribution of resources, and consumption. “We cannot live in a world where people are dying of hunger. There are enough resources. There is enough food. We must be really connected and understanding that my actions in one part of the world have impacts in the other part of the world. The climate crisis is where this is most clearly evident.”

Bucher was speaking at the Guardian’s offices in London to the Covering Climate Now coalition, of which the Guardian is a member.