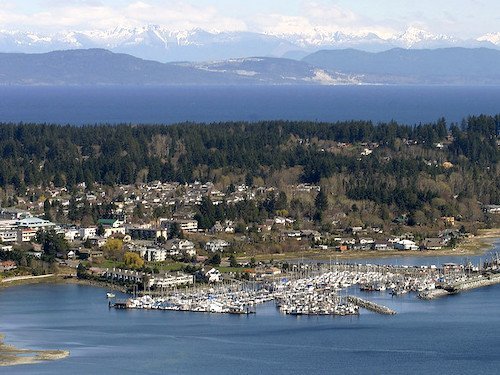 Less than a year after Petaluma, California, became the first city in the world to ban new gas stations, four others have passed similar policies, and at least six more are working on it, including the infamously car-centric Los Angeles—and the British Columbia town of Comox.

“The time has come to address overly permissive zoning bylaws across North America to reflect the low-carbon future we want,” Arbour told Stand.Earth.

Rohnert Park and Sebastopol in California have already passed policies similar to Petaluma’s.

Celebrating the role of local governments in fighting to secure a fossil-free future for their residents, Stand.Earth details the public health, equity, financial, and climate impacts of gas stations in a recent policy brief. Venting toxins like carcinogenic benzene, Stand says, gas stations are often located in low-income and minority neighbourhoods. They are also at very high-risk of becoming very costly stranded assets.

Noting that “up to 80% of traditional model gas stations may be unprofitable in about 15 years,” the group adds that the remediation that typically attends the closure of a gas station will cost municipalities an average of US$243,000 per site.

And with transportation emissions accounting for 24% and 27% of Canadian and United States emissions, respectively, “a steady transition away from gasoline cars is critical for meeting greenhouse gas emission reduction goals at every level of government.” Banning new gas stations will send yet another transition-accelerating signal to markets that fossil fuels are a dead end.

“Building new gas stations now means we anticipate needing more pumps for the next 30 years—and if that’s the case, then we have utterly failed our children and future generations,” Santa Rosa mayor Chris Rogers told Stand.Earth.

Arbour, who will be seeking re-election when Comox goes to the polls this October, told the Comox Valley Record back in January that he will be working especially hard to connect with younger voters. Citing climate change and public transit amongst several topics of “high relevance to youth,” Arbour said it’s important for young residents to understand how local governments can make a difference, and hear their suggestions.

“A lot of what we do sets up the future they will live in,” he said.