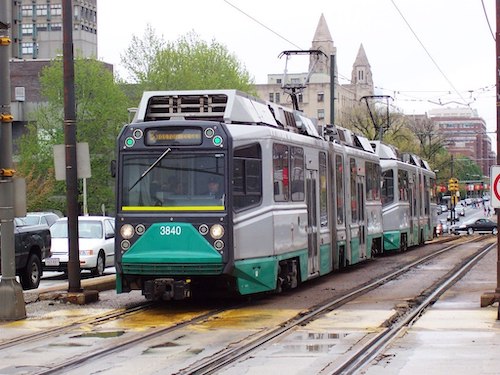 The Joe Biden administration in the United States should be pushing for a transit fare holiday—and a windfall profit tax on fossil revenues—not a gas tax holiday, a measure critics are panning as anti-climate action that will do nothing to help consumers cope with inflation.

Biden’s recent appeal to Congress to “suspend the federal gasoline and diesel tax for three months, as the national average price of gas hovers at nearly US$5 per gallon” (roughly C$1.68 per litre) has left Democratic climate hawks and public policy experts unimpressed, writes the Washington Post.

In a “scathing” statement released in the wake of Biden’s appeal, House Transportation and Infrastructure Chair Peter A. DeFazio (D-OR) slammed the proposed tax holiday as a “a short-sighted proposal that relies on the cooperation of oil companies to pass on minuscule savings to consumers—the same oil companies that made record profits last year and a staggering $35 billion in the first quarter of 2022.”

A far better option, DeFazio told the Post, would be the windfall profits tax proposed by representative Ro Khanna (D-CA). Noting that “delivering relief at the pump has to be the top priority for Democrats right now, and the best way to do that is to pass my windfall profits tax,” Khanna also signalled support for a public transit fare holiday as a means “to increase use of public transit and decrease reliance on gasoline.”

“If we’re looking to address climate change and to give people flexibility to avoid high gas prices in their daily lives, then we should be giving them as many choices as we can,” said Tony Dutzik, associate director and senior policy analyst with Frontier Group.

“What we shouldn’t do is pass a gas tax holiday, placing the blame on the government while letting Big Oil continue to rake in record profits,” he said.

As for how merry this gas tax holiday will leave consumers at the pump, the answer is, not very, according to a recent New York Times op-ed. Americans spend “just 4.5¢ of every dollar on gasoline,” the Times calculates. So while “suspending the federal tax of 18.4¢ a gallon would reduce the average price paid at the pump by about 4% (assuming the entire savings were passed on to drivers),” the “net effect on the price index for all goods and services would be only about two-tenths of a percent in the month the plan went into effect,” after factoring in driving habits.

The Times also flags the pervasive harm that would result from Biden’s embrace of a gas tax holiday. “The message it conveys is that the gas tax is bad for consumers—when in fact the U.S. and other nations should be raising taxes on fossil fuels to compensate for the air pollution and global warming they cause.”