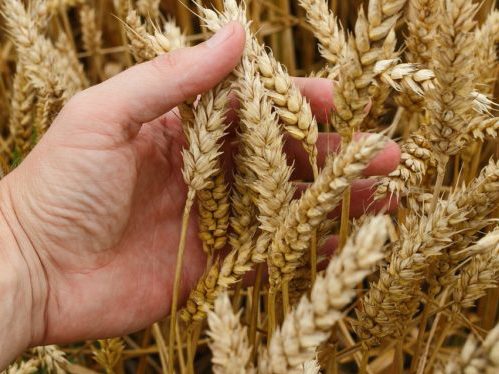 Nearly 750,000 people around the world are facing a food security “catastrophe,” and a further 49 million risk famine conditions in the coming months, as Russia’s war on Ukraine disrupts grain exports, compounding extreme food shortages caused by the climate-driven devastation of harvests in India.

“When Russia invaded earlier this year, threatening Ukraine’s exports of grains, crop-rich India was seen as a global buffer, making up for the shortfall,” reports the Washington Post.

But those expectations have fallen afoul of crop-killing drought and heat, heat that has made it impossible for field workers to safely harvest whatever grain manages to mature.

Responding to the devastating collapse in the harvest, “India announced in May it would shut down all grain exports, staving off famine in the country but threatening starvation abroad,” and delivering “yet another climate-driven shock to a global food system already in upheaval, and a sign of the hunger crisis that looms as the planet warms,” writes the Post.

According to the UN Food and Agriculture Organization (FAO), roughly 750,000 people around the world are facing a food security “catastrophe,” meaning that “starvation, death, destitution and extremely critical acute malnutrition levels are evident.”

Citing a report by Oxfam and Save the Children, the Post writes that “one person is probably dying of hunger every 48 seconds in Ethiopia, Kenya, and Somalia.”

And according to a Hunger Hotspots report published recently by the FAO and the World Food Program (WFP), another 49 million “are at risk of falling into famine conditions in the months ahead.”

“These are millions of people who literally don’t know where their next meal is coming from,” Brian Lander, deputy director of WFP’s emergencies division, told the Post, adding that climate change is not the only driver of such insecurity. Supply chain issues and economic hardship linked to the pandemic are also involved.

And then there is Russia’s war in Ukraine. That two of the world’s biggest wheat producers are now largely failing to reach export markets has caused prices to skyrocket on a grain that supplies 20% of all calories consumed by humans, notes the Post.

But while war and supply chain issues may end, the climate crisis is now a “persistent threat to food security.”

“Current warming levels of about 1°C have already cut into yields of staples like wheat, sorghum and rice,” with projections showing that “if global temperatures rise an additional degree, the chance of simultaneous crop failures in different parts of the world rises to almost one in 10 for a given year,” writes the Post, citing the UN Intergovernmental Panel on Climate Change (IPCC).

By 2100, the IPCC reports, the combination of drought, heat stress, flooding, and sea level rise, could render as much as 30% of today’s agricultural land unusable.

And those suffering most from hunger have done the least to cause the climate crisis. “Combined, the countries on the FAO and WFP’s Hunger Hotspots list account for less than 1% of the world’s annual greenhouse gas emissions,” notes the Post.

But even the world’s big emitters are witnessing climate-driven shocks to their food production. Both the United States and Canada have recently seen their harvests “dented” by extended drought, while this spring France—Europe’s biggest wheat exporter—was hammered by a crop-destroying mix of late frost, crippling early heat and drought, and then intense hailstorms and heavy rain.

A degree of climate myopia persists in these countries, however, illustrated by a recent story from Canada. CP24 reports that Ontario’s determination to allow urban sprawl to continue unrestrained is causing the province to lose 319 acres of farmland (roughly the size of an average family farm) each day.

“That’s a sharp increase from the last census in 2016, when the rate of farmland loss in the province was 175 acres per day,” notes CP24. It’s an increase that Ontario can ill-afford from a food security point of view, with only 5% of its land base suitable for farming. 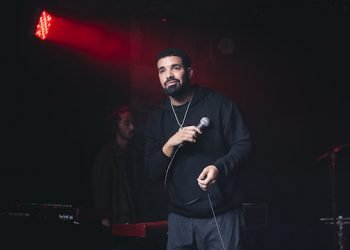