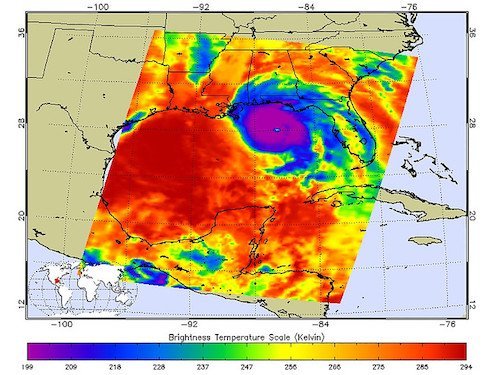 As wealthy jurisdictions, companies, and people increasingly buy into the private weather forecasting market and its derivatives, questions are being asked about where this leaves less well-heeled, and often more climate-vulnerable, households and communities.

As the extreme weather wrought by the climate crisis intensifies across the United States, so too has interest in private, for-profit weather and climate risk forecasting. But “what about the places that can’t afford it?” Grist asks.

Traditionally the purview of the U.S. National Weather Service, which is legally mandated to make its projections publicly available free of charge, weather forecasting for a price is gaining traction, attracting customers no longer content with “a solid weather forecast for a given zip code, county, or city,” and seeking data that is laser-focused on an area no larger than a football stadium.

Companies like Tomorrow.io can provide private forecasting using their own supercomputing resources, which typically take publicly available data from the National Oceanic and Atmospheric Administration and “run it through their own algorithms to emphasize depth over breadth.”

This demand for “hyperlocal data and hyper-specific weather advising”, especially when profits are at stake, owes to increasingly volatile weather. More specific weather data can of course give authorities the ability to predict life-threatening weather more quickly and accurately.

But private forecasting has found customers dealing with less dire circumstances—for example, a municipality that wants to know exactly where to position its snow ploughs on a winter day, or a company like Uber Eats trying to coordinate deals with bad weather, when customers are more likely to order in, says Grist.

While private weather forecasting companies have been around in one form or another for decades, the related field of climate risk analytics is relatively new and now becoming a juggernaut. Companies like Jupiter Intelligence are taking on clients that range from “insurance to energy utilities to wealthy individuals with expensive homes in disaster-prone areas—and even a few federal agencies.”

Typically, the cost of their services ranges between “a few hundred thousand dollars to a few million”—putting the best data out of reach for many in harm’s way.

“I definitely think it would be beneficial if somebody had the funding to be able to support additional services like that,” Jen Sawyer, emergency management coordinator for Carteret County in North Carolina, told Grist.

Carteret, known as an epicentre for hurricane activity and damage, currently relies on the National Weather Service for its weather data.