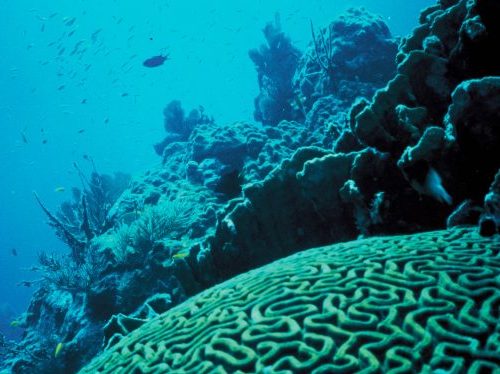 Delivering “a message of hope and action,” a 93-member coalition of environmental groups, aquariums, and outdoor recreation companies is urging the Biden administration in the United States to recognize that restoring and protecting the world’s oceans can help limit global heating to 1.5°C.

“A successful ocean climate action plan will leverage both the mitigation and adaptation power of the ocean, coasts, and Great Lakes and provide important opportunities for the administration to reach its climate and justice goals,” it adds.

Coalition members like the Center for American Progress, the League of Conservation Voters, Connecticut’s Mystic Aquarium, the Ocean Conservancy, and the World Wildlife Fund are pressing Biden to act on the understanding that the ocean can provide one-fifth of the emissions reductions needed to meet the ambitious 1.5°C goal of the Paris climate agreement.

Pointing to the urgent need to rein in global heating, the Post notes that the world’s oceans have already “absorbed more than 90% of the excess heat” generated by anthropogenic climate change, raising water temperatures to a degree that threaten all marine ecosystems. Protecting carbon-sequestering ecosystems like mangroves, coral reefs, sea grasses, and kelp forests, and ending illegal or unregulated fishing, could restore habitats and marine populations.

The coalition also calls on the Biden administration to “expand responsibly sited offshore wind,” in keeping with its promise to generate 30 gigawatts from offshore turbines by 2030, and “promote green shipping and ports” after pledging last fall to join the High-Level Panel for a Sustainable Ocean Economy.

The groups are also urging Biden to reduce marine plastic pollution, address the ocean acidification that is killing off coral reefs, and “evaluate the potential for ocean-based carbon dioxide removal.”