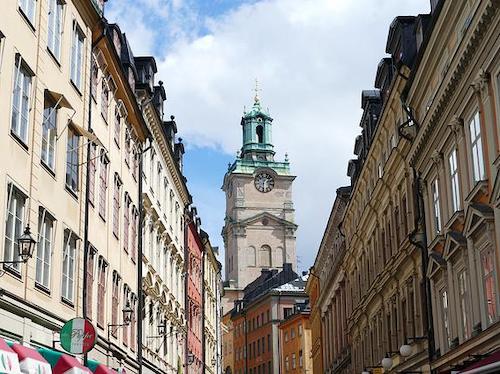 When it comes to sustainable cities, Scandinavia is knocking it out of the park, according to the world’s first-ever crowdsourced urban sustainability index, with Stockholm scoring highest and Oslo, Copenhagen, and Lahti, Finland close behind on a list of 50 high- and middle-income cities.

Vancouver and Toronto rank eighth and ninth, and Canadian cities are generally the highest-scoring North American cities on the index, Corporate Knights finds. But seven of the top ten cities are in the United Kingdom and Europe, a result “attributable to sustainability leadership,” the report states. Tokyo ranks seventh, first among cities in Asia and Oceania, and well ahead of San Francisco and New York City, which place sixteenth and nineteenth on the index as the most sustainable cities in the United States.

While cities with smaller populations tend to score higher, the fact that London ranks fifth with a population of eight million, and Tokyo comes in seventh with its population of 13 million, shows that megacities can be highly sustainable.

Dhaka, Bangladesh, ranks at the top of the list of cities with low per capita emissions, with Scope 1 emissions of 0.5 tonnes of carbon dioxide equivalent per capita, while Houston does far worse at 8.5 tonnes. Cities like São Paulo fare very well against places like Canberra on consumption-based GHG emissions (5 and 22 tonnes CO2e per capita, respectively), confirming a clear correlation between wealth and high per capita emissions.

Corporate Knights cites air quality as an important indicator, with fine particulate matter (PM2.5) pollution from cars and industries “the single biggest threat to human health”. Only Canada demonstrates “consistently acceptable” indicators for urban air quality, while Dhaka and cities in China show up worst in the category.

Dhaka also ranks very poorly for water access, with potable water available to only 69% of its population. The other 31%— some 3.7 million people—suffer the health and safety consequences of not having such access, Corporate Knights writes.

“Urbanization and rapid population growth is expected to result in an increase in annual waste by 70% from 2016 levels by 2050,” Corporate Knights states, and “operating effective waste management systems in urban areas is costly, comprising up to 50% of the municipal budget, but provides an essential service.” Current top performers in this area include Vancouver, Ottawa, and Halifax, where citizens produce less than 250 kilograms of waste per capita per year, while cities like Washington, DC, and Singapore generate 600 kilograms per capita per year.

Across a trio of transportation indicators (vehicle dependency, road infrastructure efficiency, and sustainable transport), North American cities were the worst performers. While North Americans continue to cling to their personal vehicles and crowded roads, “10 cities across Africa, China, Asia and Oceania, Europe, and Central and South America have a sustainable-transport-mode share of 75% or greater, comparable to the City of Copenhagen’s target percentage of trips by foot, bicycle, or public transport.”

The top overall performer, Oslo, also ranked highest for climate change resilience. Corporate Knights flagged a pattern where cities with low climate vulnerability and high climate readiness are found in high-income countries, while cities with high vulnerability and low readiness are located in middle-income countries, pointing to a need to “reduce global poverty while concurrently strengthening the capacity of those living in poverty to adapt to climate change.”

Rounding out the list of indicators is a measurement of the “open public space” available to boost the physical, mental, and spiritual health of a city’s residents, as well as the ecological resilience of the city itself. The index found “very few cities” near the UN Sustainable Development Goal benchmark of 45% of a city’s area, although Mexico City and Stockholm do exceed it, at 59 and 48%, respectively, while Shenzhen, China comes close at 41%.

Now that the index is out in the world, Corporate Knights is inviting city officials to register for its data hub and submit 15 data points to be included in the “cities universe” for analysis. Participating cities will receive a city sustainability scorecard.