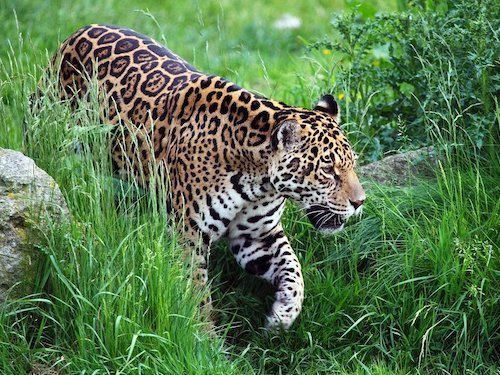 Montreal will host a long-delayed United Nations nature summit December 5-17 that has been described as the Paris Conference for biodiversity, after Canada and China agreed to relocate the high-stakes negotiating session that was originally meant to take place in Kunming, China in October 2020.

“Politically speaking, you could see this COP as the equivalent of the Paris agreement, but for biodiversity,” Eddy Pérez, international climate diplomacy manager at Climate Action Network-Canada, told The Energy Mix Sunday.

Formally titled the 15th Conference of the Parties to the UN Convention on Biodiversity (COP 15), the meeting is “the most important moment to halt the destruction and the war humans have waged on biodiversity, and an opportunity to build global momentum to reconnect with nature and biodiversity,” Pérez added. After countries missed all 20 of their agreed biodiversity targets between 2010 and 2019, a proposal is circulating for a post-2020 plan that protects 30% of the world’s lands and oceans by 2030.

“This is a moment where these targets are going to be agreed,” he said. “It’s also an opportunity for a global pact that helps the most vulnerable communities around the world respond” to the biodiversity crisis.

Li Shuo, senior climate and energy policy officer at Greenpeace East Asia, first tweeted news of the new dates and location Sunday. “This belated decision should focus everyone’s minds now on the quality of the deal, including ambitious protection targets, robust implementation mechanism, and a strong finance package,” he wrote.

“Big news for Canada,” Pérez replied minutes later, in a tweet that tagged Environment and Climate Minister Steven Guilbeault, whose downtown constituency is just a short subway ride from the Palais des Congrès de Montréal, and Mayor Valérie Plante. “We can’t delay any longer the work required to truly protect, restore, and conserve nature and biodiversity.”

The UN biodiversity secretariat had not confirmed the announcement by the time The Energy Mix went to virtual press Sunday evening.

But COP 15 was delayed several times before the UN biodiversity office decided to divide it into two parts—a virtual segment October 11-15, 2021, followed by a face-to-face event April 25-May 8, 2022. In March, the face-to-face session was pushed to August.

With the biodiversity crisis accelerating and both the nature and climate communities clamouring for action, Pérez said the pressure is on for COP 15 to deliver results.

“When we talk about losses and damages, when we talk about mitigation and adaptation potential, it is not just human systems that are losing resilience because of the climate crisis,” he told The Mix. “It’s also natural systems, and we’re so dependent on them that the most obvious thing to do is connect the solutions and actions required so that what we do on the climate front contributes” to what’s needed for nature protection.

While Pérez said the biodiversity crisis “has not received as much political attention” as the climate emergency, some of the dynamics will be familiar to anyone who’s followed or read about the tortuous process of implementing the 2015 Paris deal. He said the Montreal conference will be an opportunity to “close the gap that has been created by isolating climate from the other types of action that are needed to increase our resilience.”

Pérez praised Canada and China for finding a way to get COP 15 done in spite of continuing restrictions brought on by the COVID-19 pandemic. “It demonstrates the critical importance of multilateral action beyond the differences between the two countries,” he said. “It’s critical that this kind of cooperation actually takes precedence over geopolitical views on issues that concern both countries.”