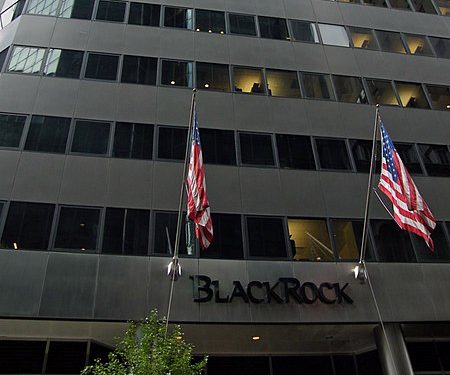 BlackRock Inc. is taking a step back from its position as a leader in environmental, social and governance (ESG) investing, with CEO Larry Fink declaring he will not act as “the environmental police.”

The world’s largest asset manager, BlackRock had previously positioned itself at the forefront of Wall Street’s push towards ESG investing, with Fink warning of the threat that climate change poses to markets, writes The Telegraph.

“Climate change is different,” Fink said back in January 2020. “Even if only a fraction of the projected impacts is realized, this is a much more structural, long-term crisis. Companies, investors, and governments must prepare for a significant reallocation of capital.”

But in a recent interview with Bloomberg TV, he distanced the firm from green activism. “I don’t want to be the environmental police,” he said.

“So it turns out that the private sector CANNOT in fact self-regulate a market failure, surprising absolutely no one who knows anything about economics,” tweeted Tariq Fancy, BlackRock’s ex-chief information officer for sustainable investing. “All good, though, not like we’re running out of time or anything.”

Fink’s announcement came after the investing giant warned last month that it would vote against most shareholder resolutions on climate change this year, after deeming them too extreme. The firm said it was concerned about proposals to stop financing fossil fuel companies, force them to decommission assets, or set absolute emissions reductions targets in supply chains, writes the Telegraph.

“We are not likely to support those [shareholder proposals] that in our assessment, implicitly are intended to micromanage companies,” BlackRock said in its stewardship report. “This includes those that are unduly prescriptive and constraining on the decision-making of the board or management, call for changes to a company’s strategy or business model, or address matters that are not material to how a company delivers long-term shareholder value.”

The decision to distance itself from “prescriptive” climate change policies comes as institutional investors face criticism for allegedly pushing political agendas, the news story states. In Texas, for instance, BlackRock needed to defend itself from accusations it breached a regulation that orders the state comptroller to compile a list of financial companies that boycott fossils, and bars them from state pension funds. BlackRock has says the Russian invasion of Ukraine has affected the transition to net-zero, and that conventional energy sources will need continued investment to ensure security of supply.