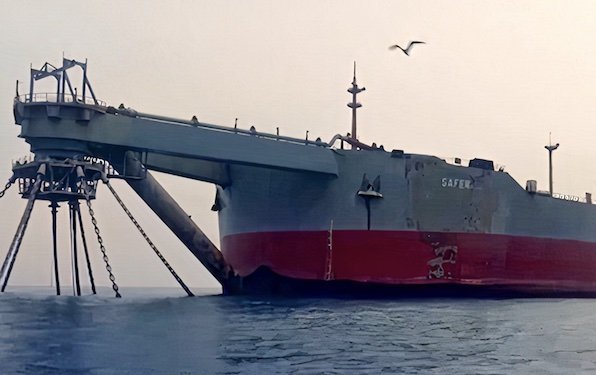 The United Nations has launched a crowdfunding campaign to help close a $20-million gap on the US$80 million needed for the “emergency phase” of removing the FSO Safer oil tanker currently rusting off Yemen’s Red Sea coast.

“We hope to raise $5 million by the end of June, which is an ambitious goal for this kind of campaign,” UN Humanitarian Coordinator for Yemen David Gressly said at a press briefing.

“Every dollar the public puts forward in this operation sends a message to all member states and others that could have contributed, that they need to act now before it’s too late,” he added.

The decaying supertanker has been described as a “floating time-bomb” that risks causing an explosion or an oil spill four times as disastrous as the 1989 Exxon Valdez incident, reports Gulf news outlet,The National.

An earlier pledging conference in May, co-hosted by the Netherlands and the UN, raised around $40 million towards what is estimated will be a $144-million effort to remove and replace the exceedingly dangerous Safer. Formerly an oil tanker that was converted to a floating storage and unloading vessel (FSO) back in 1988, it has been floating, in a state of flammable decay, nine kilometres off the Yemeni coast ever since.

The Safer is estimated to contain nearly 1.14 million barrels of oil, four times what Exxon Valdez carried. Gressly warned that a Safer spill or explosion would devastate the “pristine” Red Sea ecosystem and “wipe out 200,000 jobs in fisheries overnight in Yemen,” with winds and ocean currents carrying the environmental impacts to the wider region.

He added that war-ravaged Yemen is in no position to absorb such an economic disaster, with 75% of its population currently needing assistance to survive.

Vital infrastructure, like desalination plants, would also be damaged.

The emergency phase will cover offloading the crude oil aboard the Safer, cleaning the tanker, and placing a temporary vessel in its stead until a long-term option has been found, writes the National.

Critical groundwork for this process was laid in March when Yemeni rebel groups, which had been blocking UN access to the FSO since 2015, agreed to allow the offloading to take place.

While “it is understood there is currently no oil leaking from the unit,” writes industry newsletter Rigzone, observers are concerned that “possible structural failure of the unit due to the lack of maintenance… could result in a leak from storage tanks due to a fracture forming on the hull, or as a large release due to an explosion from the build-up of flammable gases.”