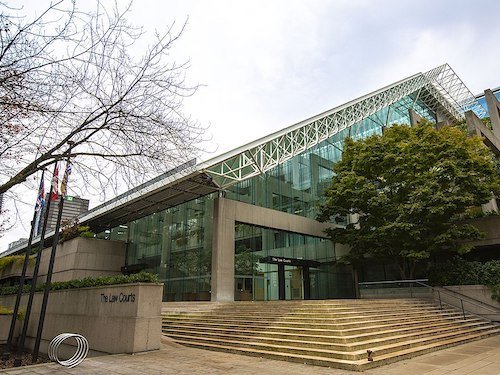 An environmental law non-profit in Vancouver is inviting British Columbia municipalities to join a class action lawsuit to hold some of the world’s biggest fossil companies responsible for their share of the climate damages local communities are experiencing.

West Coast Environmental Law will ask each participating community to put up $1 per resident to help cover the cost of the class action, Staff Lawyer Andrew Gage told about 165 participants during a launch webinar Wednesday.

The suit would focus on climate change as a global crisis and international fossil companies’ liability for their share of the impacts that B.C. communities are now scrambling to address, with taxpayers footing the bill. Gage said. B.C. law allows local governments to share the cost of a class action and protects them from covering their opponents’ legal costs if they lose.

“We are going to sue Big Oil,” session moderator Avi Lewis told participants. “This is an historic moment, and you are going to be able to tell everyone you were here when it began.”

“We live in a world where the fossil fuel industry is hugely profitable because they’re not paying their fair share of the costs,” Gage told The Energy Mix in a feature interview leading up to the webinar. “They are causing billions of dollars of impacts to communities around the world—the Insurance Bureau of Canada says local governments should be spending C$5.3 billion per year just to adapt to climate change.”

And at the same time, “the appearance of profitability of this industry undermines just about everything else we want to do on climate change,” he explained. “You have the government of Canada saying our climate plan is going to rely heavily on an unproven technology, carbon capture and storage, that is designed to allow the industry to continue producing and go on at an ever-increasing scale. That only makes sense if you think this is a profitable industry that has a net benefit to society. So until we actually challenge this appearance, this sleight of hand, whereby our communities pay the cost and the industry profits, we’re going to have a lot of difficulty working to solve climate change in a way that makes sense.”

During the webinar, participants heard from WCEL climate communications specialist Julia Kidder, whose home in Ashcroft, B.C. was at the epicentre of last summer’s deadly “heat dome”. The record temperatures killed 619 people and created the overwhelmingly hot, dry conditions that burned the town of Lytton, B.C. to the ground.

Kidder recounted days of 45°C weather when she had to set alarms to remind herself to take in fluids, cover her pets in cooling towels, wrap brass doorknobs in wet cloths to avoid burning her hands when she opened doors, all while stranded at home with just enough generator power to either run a refrigerator or power a small air conditioning unit.

“Human beings are fragile,” she said. “We’re not meant to live under a pressure cooker.”

After several days, Kidder said she began to experience headaches and auditory hallucinations and didn’t realize they were due to prolonged exposure to heat. Eventually her cousin, a paramedic in nearby Williams Lake, realized during a phone call that she had severe heat stroke and got her to urgent care, “driving through a fairly apocalyptic electrical storm in the middle of the night” along the one highway that hadn’t been closed due to nearby wildfires.

Kidder said she felt the health effects of the heat emergency for a few months afterwards. CT scans during her visit to urgent care showed “no permanent damage to my brain,” she told participants, “but I’m also a privileged and healthy person. I cannot imagine how many untold stories there are from last year.”

Environmental lawyer Stepan Wood, Canada Research Chair in Law, Society and Sustainability at the University of British Columbia, said there was “a solid legal basis for Canadian governments to sue carbon majors for a fair share of the cost of the harms of climate change” as far back as 2019, when he co-authored a letter to that effect that was signed by 28 leading legal experts. Since then, he told participants, “the case for climate accountability legislation has only grown stronger,” climate disasters have worsened, climate science has become even more robust, legal recognition of the right to a healthy environment has advanced, and the evidence of fossil companies’ climate deception has mounted.

The logic that “companies that profit from selling a product they know is harmful should pay their share of the costs” has already been applied in Canada to asbestos, breast implants, and tobacco, Wood told webinar participants.

And while a class action on climate accountability would be unprecedented, “don’t confuse novelty of subject matter and scale with novelty of legal theories,” he advised. There would be obstacles to proving the case, but plaintiffs would have “reasonable prospects” of overcoming them—just as litigants from Honolulu to the Netherlands have already done—based on a litany of well-recognized legal wrongs.

That’s precisely what happened when Friends of the Earth Netherlands (Milieudefensie) launched a climate accountability case against Royal Dutch Shell, said Oil Change International public finance specialist Laurie van der Burg, who previously spent three years working on the Shell lawsuit. She credited past successful legal actions with planting the seeds for the case and traced the multi-pronged campaign that built up public awareness and support.

“It showed there was broad backing for this case, and it also helped to spur more public debate” and draw public attention to the fossil industry’s role in the climate crisis, she said.

The eventual court decision and the tears of joy that followed were part of a cataclysmic week for Big Oil in May, 2021, with a judge ordering the colossal fossil to reduce its greenhouse gas emissions 45% by 2030 to stay on track to a 1.5°C future.

“It basically means that Shell needs to phase down its oil and gas production because there’s no other way it can realize the emission reductions,” van den Burg said. “And it shows other companies that they have a legal accountability to act” on climate change—and if they don’t, “that people will hold them accountable.”