Gas, Nuclear May Be Dropped from Europe’s Green Finance Standard 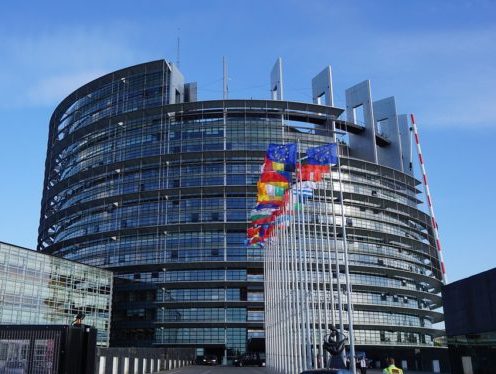 Two committees of the European Parliament voted earlier this week to exclude natural gas and nuclear power from the continent’s new green “taxonomy” for sustainable finance, in what one legal charity calls the “final nail in the coffin” for efforts to define gas—and its corresponding methane emissions—as a green energy option.

The joint vote by the EU’s environmental and economic committees will go to a final decision by parliamentarians in July, Euractiv reports.

The European Commission started the year accused of greenwashing after a New Year’s Eve announcement that it would designate nuclear and natural gas plants as “green” facilities to help them attract financing as climate change solutions, albeit with tough conditions on their operations and environmental impacts. That addition to the taxonomy involved “sneaking a controversial amendment into inboxes at 23:50 on New Year’s Eve,” Euractiv recalls.

Inclusion in the green taxonomy would allow “for a reduction in financing costs, which is crucial for the projects concerned and for the states willing to support them,” Agence France-Presse reported in early January. News reports at the time had France, Poland, and the Czech Republic standing up for nuclear. Germany was pushing to include gas, although the then newly-elected coalition government of Chancellor Olaf Scholz was divided on giving it a green designation.

Fossil gas is a primary source of atmospheric methane, a climate super-pollutant that is about 85 times more potent a warming agent than carbon dioxide over the 20-year span when humanity will be scrambling to get global heating under control.

In that light, “branding fossil gas as transitional and green in the taxonomy is not only flagrant self-sabotage in climate terms—it is unlawful. It clashes with the EU’s key climate legislation and the main piece of EU legislation on the taxonomy itself,” ClientEarth lawyer Marta Toporek said in a release Tuesday. “The Commission’s decision to include gas in the taxonomy was clearly politically motivated, while it should have been based on strong scientific evidence.”

But now, members of the two parliamentary committees “have seen through this and have decided to object to the farce,” she added. “Today’s vote ought to be the final nail in the coffin for gas in the taxonomy.”

Bangladesh, Colombia, and South Africa have already taken stronger stances than the EU on making fossil gas eligible for sustainable finance, the ClientEarth release states, citing a May, 2022, analysis [pdf] by the ESG climate consultancy that questions both gas and nuclear as suitable technologies for the energy transition.

On euronews.green, finance and technology writer Kiara Taylor has a history and explainer on the evolution of the EU taxonomy and what Euractiv calls the “hot mess” over the details.

“These regulations on sustainable investing were supposed to send a clear signal to retail investors, bond issuers, and money managers about the kinds of financial investments that can legitimately be called green,” she states. “The purpose of the rules is to help policy-makers put pressure on the financial sector, encouraging the economy to prioritize green alternatives in the battle against the climate crisis.”

Beyond the immediate impact of the committee vote, Euractiv says the elected officials’ pushback on the taxonomy “sends a strong message to the Commission that it may no longer be left to do as it pleases in crafting delegated acts and the like without Parliament’s input,” Euractiv writes. “Should parliament succeed in killing it in the plenary, the EU executive will have no choice but to take the EU’s only democratically elected body more seriously.”