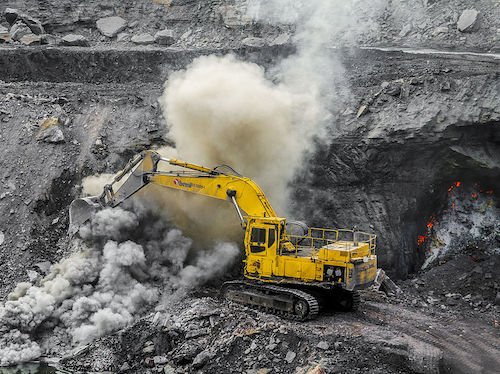 The countries of the world missed an “historic chance for a clean energy recovery” from the COVID-19 pandemic and saw renewable energy stagnate due to a surge of fossil fuel subsidies last year, the REN 21 Secretariat reports this morning in its Renewables 2022 Global Status Report.

“In response to an unprecedented public health crisis, countries around the world had hoped to seize the post-COVID-19 opportunity for a green and equitable recovery,” writes REN 21 Executive Director Rana Adib, in her foreword to the 238-page report. “Unfortunately, and despite record growth in renewable energy deployment in 2021, this historic chance has been lost.”

Adib points to the specific national policies behind an epic failure of policy and political will.

“Despite evidence that renewables are the most affordable energy source to both improve resilience and support decarbonization, governments across the world continue to resort to fossil fuel subsidies to keep energy bills under control,” she says. “This growing gap between countries’ ambition and action on the ground is alarming and sends a clear warning that the global energy transition is not happening.”

And now, the world is going through “its biggest energy crisis on record. Although this crisis was exacerbated by the Russian Federation’s February 2022 invasion of Ukraine, prices for fossil fuels—coal, oil, and natural gas—were already spiking by late 2021, leading to the threat of energy poverty for billions of people.”

All of those factors put countries “at an historic crossroads,” Adib adds. “Instead of continuing to support a fossil fuel-based energy order, which serves only some and triggers massive natural and economic disasters affecting all countries and citizens, we need to take bold action to phase out fossil fuels and accelerate the deployment of energy efficiency and renewables. Decision-makers can no longer delay the structural reforms that are urgently needed, not only to preserve the climate and the environment, but also to reduce the vulnerability of our economies to geopolitical threats.”

Based on input from more than 650 experts around the world, REN 21 reports that:

• Investment in renewable power and fuels increased for the fourth year in a row, to US$366 billion, with solar and wind delivering more than 10% of global electricity supply for the first time. “Renewable power installations continued to attract far more investment than did fossil fuel or nuclear generating plants,” accounting for 69% of the total, “with more than 1,400 institutional investors and institutions worth more than US$39 trillion in assets committing to partially or fully divesting from fossil fuels.”

• National climate policies accelerated and renewable energy targets increased last year, with 135 countries plus the European Union introducing “some form of net-zero target” by the end of last year.

• But a 4% increase in energy demand last year, fuelled by the rebound from pandemic restrictions, “was met largely with coal and natural gas and led to record carbon dioxide emissions,” which increased by more than two billion tonnes, or 6%.

• Countries installed 314 gigawatts of new renewable energy capacity despite supply chain disruptions, shipping delays, and major increases in the cost of solar and wind components, and China became the first country with more than a terawatt (a million megawatts) of installed renewable capacity. Solar photovoltaics added 175 gigawatts of new capacity, and wind 102 GW, including a record 18.7 GW from offshore turbines.

• Overall, however, the electricity sector accounted for 28% of renewable energy use but only 17% of the world’s total final energy consumption. Transport took up 32% of final demand and delivered just 3.7% of renewables use.

• The year ended with about 1,500 cities around the world that had renewable energy targets or policies. However, “many challenges remain for cities to take climate and energy action, including the degree to which national governments grant their city counterparts regulatory power and access to financial markets; market rules and energy regulations set at higher levels of government; and a lack of institutional and human capacity and awareness of how cities can contribute to the energy transition.”

• Energy demand in buildings continued to rise in 2021, for both construction and operation. “Even though policy developments indicate rising attention to the use of renewables in buildings, these measures often exist alongside incentives for fossil fuel appliances, potentially undermining the effectiveness of renewable energy policies.” In 2020, “heat pumps met only around 7% of the global heating demand in residential buildings, as fossil fuel-powered heaters and water heaters still comprised around half of the heating equipment sold.”

• Renewables in industry and agriculture increased just 4% in the last decade, with electrification of industrial processes leading to an 80% rise in renewable electricity for industrial heating.

• Biofuels for transport and vehicle electrification both gained in 2021, with 6.6 million electric vehicle sales more than doubling the total for 2020. “Much of the growth in electrification can be attributed to targets and policy support for electric vehicles, in addition to the rising economic competitiveness, technological advancement, and model availability of these vehicles,” the report states. But “countries with targets for renewable energy in transport have failed to meet these targets in large part because they lack supportive policy frameworks that encourage an energy and transport transition, or because the frameworks that are in place are ineffective or not enforced.”

• By the end of last year, 90% of the global population had access to electricity, with solar photovoltaics taking their place as the fastest-growing mini-grid technology. But 2.6 billion people still had no access to clean cookstoves, relying instead on dirty, dangerous methods that REN 21 diplomatically refers to as “traditional use of biomass”.

“The old energy regime is collapsing before our eyes—and with it, the global economy,” Adib said in a release. “Yet crisis response and climate goals must not be in conflict. Renewables are the most affordable and best solution to tackle energy price fluctuations. We must boost the share of renewables and make them a priority of economic and industrial policy. We can’t fight a fire with more fire.”