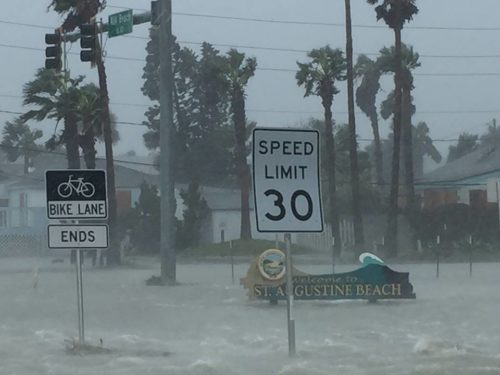 As gasoline prices skyrocket in the Sunshine State, so does reluctance to obey hurricane evacuation orders, with a survey finding more than 40% of Florida respondents likely to put their pocketbooks ahead of their personal safety.

With average gas prices in Florida hovering around US$4.90 per gallon (C$1.67 per litre), 42% of respondents to a recent poll by the American Automobile Association (AAA) said the high price and availability of gas would make them less willing to evacuate their homes, reports AccuWeather.

One in four “said they would ignore hurricane evacuation warnings altogether,” the weather reporting service adds.

Such recalcitrance is unlikely to weaken, as “$5 a gallon is quickly becoming a very real possibility this summer,” said AAA spokesperson Mark Jenkins.

In 2020, according to figures from the U.S. Energy Information Administration (EIA), roughly 65% of gasoline used by East Coast states (as well as 15% of the crude oil refined by the Midwest) came from oil platforms off the U.S. Gulf Coast. While most platforms have been upgraded to withstand even a Category 5 hurricane, operational shutdowns during storms will still bring delays that lead to further pain at the pump.

And it isn’t always the strength of a hurricane that determines its impact on oil and gas supplies, and hence prices. A Category 1 storm in October, 2017, Hurricane Nate, cut crude and natural gas production in the Gulf of Mexico by 18% and 15%, respectively, because its path cut right through gulf’s “highest-producing lease area,” said the EIA.

By contrast, Hurricane Harvey two months earlier was a Category 4 disaster but cut Gulf Coast oil and gas production by only 6% and 7%, respectively, because it pounded fewer offshore oil rigs in its path.