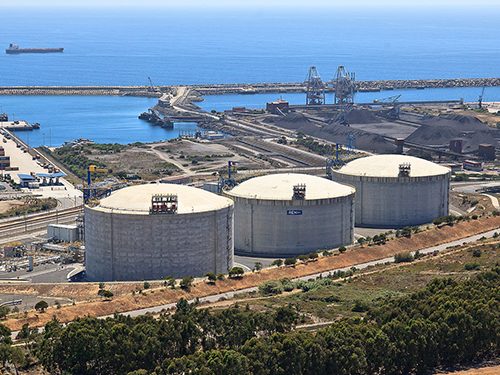 “This agreement is an important milestone on Ukraine’s path of transitioning to diverse supplies of energy from around the globe, which we began at the end of 2014, when we stopped the direct import of Russian natural gas,” said Naftogaz Ukraine CEO Yuriy Vitrenko. “Since then, we’ve fortified our energy independence by being an active player in the European energy market. We believe opportunities for procuring reliable, responsibly produced long-term energy supply from allies like Canada—and from Symbio’s facilities—by 2027 is critical to our energy security, transition, and future economic prosperity.”

Before the provincial government rejected the C$14-billion Énergie Saguenay megaproject in July, 2021, more than 150 Quebec scientists warned in an open letter to Prime Minister Justin Trudeau and Premier François Legault that the self-styled “carbon-neutral” project would increase life cycle greenhouse gas emissions by more than 37 million tonnes per year.

In a statement to Radio-Canada Saturday, the lead proponent for Énergie Saguenay, Symbio subsidiary GNL-Québec, said the project is economically and environmentally viable and more needed than ever. “The current situation in Europe has exacerbated the need that was already there to diversify the continent’s energy supplies toward reliable, low-carbon sources,” said spokesperson Louis-Martin Leclerc.

He also pointed back to encouraging words in March from Natural Resource Minister Jonathan Wilkinson, praising the “hand the Canadian government has extended to our European allies to provide responsible, lower-carbon LNG to the world.

But Ottawa rejected the GNL-Québec project in February, Radio-Canada recalls, and when Wilkinson got specific about touting Canadian LNG to Europe, he name-checked two potential projects in New Brunswick and Nova Scotia but explicitly ruled out Énergie Saguenay.

In mid-April, Quebec’s National Assembly voted to ban new oil and gas exploration and shut down existing drill sites within three years, making it the first state anywhere to do so. The bill passed just days after Bloomberg News reported that GNL Québec was trying to resurrect its project.

Last week, Ukraine’s new ambassador to Canada, Yulia Kovaliv, drew a standing ovation at the Global Energy Show in Calgary with her call for Canadian fossils to move into the European market. After the EU announced an embargo on Russian oil June 1, “she said Europe needs Canadian energy to help replace the barrels that will be lost by 2023,” CBC writes.

“That is a big move,” Kovaliv said of the embargo. “It will be a significant challenge for the overall European continent,” and “Canadian companies, we do think, should take the opportunity to enter and expand in the EU market.”

A day later, the Globe and Mail reported that Naftogaz was pitching Canadian fossils to send their technology, expertise, and investment dollars to help Ukraine develop its own oil and gas.

“Ukraine was the principal gas-producing region of the Soviet Union until the late 1970s. Technical studies over the past year have identified even more natural gas deposits, which Naftogaz says could lead to the drilling of thousands of horizontal wells,” the Globe wrote. Oleg Tolmachev, director of Naftogaz’s exploration and production division, projected capacity on the scale of Canada’s massive Montney or Duvernay fracking regions, with potential for Ukraine to extract enough gas to meet its own needs and begin exporting to the European Union.