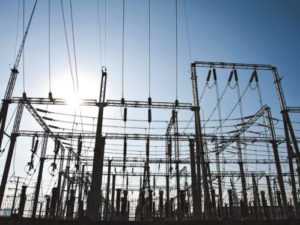 Unprecedented growth in Alberta’s renewable energy sector signifies a vital shift in the province’s energy economy, says the Pembina Institute, but another expert notes that Alberta’s power market also needs to be fixed—so that consumers aren’t overcharged for new grid infrastructure in the renewables boom.

A “surge of investment” has resulted in two gigawatts of clean energy feeding into Alberta’s grid, says Pembina, “more than enough electricity to power all the homes in Calgary, Lethbridge, Medicine Hat, and Red Deer combined.”

With companies are purchasing renewable energy in response to demands for decarbonization from shareholders, governments, investors, and customers, Pembina says this renewables growth signifies an important shift in Alberta’s energy economy.

“The province’s rich wind and solar resources, combined with a unique-in-Canada deregulated electricity market that allows companies to purchase energy directly from sellers, have provided the enabling conditions for a renewables boom,” the Calgary-based think tank explains.

And 2021 was a banner year for renewables investment, with Alberta nearly quadrupling the total volume of renewable electricity on the grid. Companies like TELUS, Starbucks, and Amazon, and municipalities including the City of Edmonton, are driving the demand for renewables, Pembina says.

Renewables growth could also be spurred by rising interest in the province from the tech industry. India-based technology firm Mphasis opened its headquarters in Calgary, a decision that former mayor Naheed Nenshi said reflects the city’s “growing reputation, and our global recognition, as a burgeoning technology ecosystem.”

The new Mphasis headquarters “will be places for innovation, spaces for groundbreaking research that will support key industries like finance and energy and also health,” said University of Calgary president Ed McCauley.

But as municipal and provincial decarbonization goals drive electricity demand, Alberta’s grid will need to be updated and expanded to integrate the renewable energy influx, which in turn could lead to a steep rise in add-on fees for ratepayers if the province’s electricity market is not transformed in step.

Rates are reviewed and approved by the Alberta Utilities Commission, which is supposed to allow companies to charge back only the capital projects and other assets the system really needs. But “companies face pressure from their shareholders to get higher rates, and the simplest way for a company to push rates up is to add more infrastructure, because the value of a monopoly’s assets is the backbone of its rate—it earns a profit based on what it owns,” writes Biezenbos.

The potential of this kind of system to unfairly charge Albertans for energy was recently displayed in a recent overcharging scandal that saw a company working with contractors to artificially inflate prices. With renewable energy boom growth pointing toward an accompanying infrastructure boom—especially as solar and wind farms are installed in rural areas where transmission infrastructure is absent—action to address the risk is becoming more urgent.

“The province needs more wind and solar power and a better, smarter transmission and distribution system,” Biezenbos writes. “But these things will likely involve high upfront costs, and too many Albertans are already buckling under the weight of existing bills, especially when it comes on top of inflation.”

Some actions that could help protect customers include revisiting the rate formulas for transmission and distribution, scaling back retail fees, or even asking for federal funding and help from the Canada Infrastructure Bank to finance future upgrades.

Whatever the solution, “waiting to act will only let the bills continue to climb while ratepayers’ pain deepens,” Biezenbos warns.