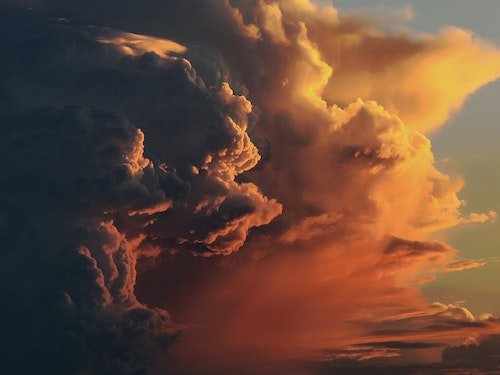 Tinkering with the planet’s air to cool Earth’s ever-warming climate is inching close enough to reality that two different high-powered groups—one consisting of scientists, the other involving former world leaders including former Canadian prime minister Kim Campbell—are trying to come up with ethics and governing guidelines.

Tomorrow, the newly-formed Climate Overshoot Commission—which includes the former presidents of Mexico, Niger, and Kiribati, the ex-head of World Trade Organization, other national minister level officials, as well as Campbell—will hold its first meeting in Italy, The Associated Press reports. That gathering will kick off a 15-month process to come up with a governance strategy for methods of pulling carbon dioxide out of the air, lowering temperatures by reflecting sunlight with artificial methods, and adapting to climate change. This month, the American Geophysical Union (AGU), the largest society of scientists who work on climate issues, announced it was developing its own ethics framework for “climate intervention” that would be ready for debate during this year’s United Nations climate conference, COP 27, in Sharm el-Sheikh, Egypt.

The sudden flurry of activity shows the idea of “solar geoengineering is finally getting serious,” said Harvard University climate scientist David Keith, a leader in the field.

Both groups said they aren’t quite advocating geoengineering, which includes putting particles in the air to reflect sunlight or whiten clouds, or somewhat less-disputed carbon dioxide removal, such as technology to suck carbon out of the air but also more nature-based solutions such as more trees and getting oceans to sponge up more carbon.

But the two groups say the ideas need to be discussed with global warming nearing and likely shooting past the international goal of limiting temperature increase to 1.5°C/2.7°F since preindustrial times. The world has already warmed 1.1°C/2.0°F since the mid-1800s, and scientists say the 1.5°C limit will likely be breached in the 2030s.

“The climate change problem is at a point where even extreme options need to be thought about seriously,” Climate Overshoot Commission Executive Secretary Jesse Reynolds told AP Monday. “Now, to be clear, thinking about them includes the possibility of rejecting them. But not thinking about them does not seem to be a responsible path forward.”

What’s needed are ethical guidelines before anything is done to get the public trust, much like the scientific community did with the possibility of human cloning, said AGU Executive Director Randy Fiser. If this doesn’t happen, the public will respond with a giant backlash and won’t trust the science, said U.S. National Academy of Sciences President Marcia McNutt, who has studied the issue but declined a spot on the AGU ethics panel because of other commitments.

Opponents of geoengineering—such as Pennsylvania State University climate scientist Michael Mann—worry that just talking about guidelines will make the tinkering more likely to occur in the real world.

“I see it as a potentially cynical manoeuvre to buy the ostensible moral licence to move forward with dangerous geoengineering prescriptions,” Mann said in an email. He said not only could there be harmful side effects, but it takes the pressure off of cutting fossil fuel emissions, which is what’s really needed.

Mann added that no one can enforce ethics or governance rules, citing efforts to prevent Russia from invading Ukraine [and fighting a war within metres of an operating nuclear power plant—Ed.], but McNutt pointed to rules governing international oceans.

With or without guidelines, some of these high-tech ideas are going to happen, leaders of the two groups said. However, last year the Swedish government cancelled an early but politically charged test of a device designed to put particles in the air that eventually, if fully implanted, could create what some would call an artificial volcano cooling the globe temporarily like 1991’s Mt. Pinatubo eruption in the Philippines.

“The work of looking at climate strategies continues to go on in labs, both in the for-profit and non-profit sectors,” said AGU’s Fiser, with investors funneling money into such projects.

Ethicists Nancy Tuana of Penn State and Christopher Preston of the University of Montana said that, if anything, talking about the ethics of tinkering with the atmosphere will put the brakes on the effort a bit more.

“It will slow it, and this is a good thing,” Preston told AP in an email. “Ethical thresholds placed within frameworks are typically challenging to satisfy… An ethical framework can lead to paralysis. Ethics is not like maths. Ethical problems don’t often get ‘solved’.”

“I view climate intervention in the same way I view the ‘Hail Mary’ pass in football,” said Colorado University ice scientist Waleed Abdalati, a former NASA chief scientist, referring to a last-ditch desperation effort in a seemingly losing cause.

“There is a chance it could get us to where we need to be,” he said. “But just as no team wants to be in a position where that is the play they have to make, scientists recognize that we as a society would never want to be in a situation that we have to use such an approach to address the challenge we face.”