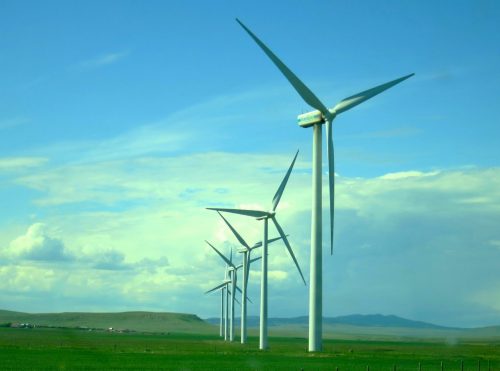 Canada’s shift to local renewables is in full swing from coast to coast, with Indigenous-owned hydroelectric and heat pump projects afoot in British Columbia, a 21-megawatt solar and storage project under way in Prince Edward Island, and new wind turbines coming to New Brunswick.

The two-megawatt Atlin hydroelectric project built in 2009 by the Taku River Tlingit First Nation already saves the northwestern village of Atlin, B.C., (population 400) from burning more than a million litres of expensive and polluting diesel every year.

The Canada Infrastructure Bank’s recent commitment of C$80 million towards the expansion comes two months after Ottawa announced $32.2 million in funding for the project over the next two years.

Further south in the province, the 2,400-strong Heiltsuk Nation, whose territory includes the town of Bella Bella on Campbell Island, is likewise determined to break free from the health and ecosystem harms of burning diesel for heat and power.

Thanks to community commitment and an award-winning climate action plan, the Heiltsuk have installed 129 heat pumps to date, and, in partnership with Ecotrust Canada, recently “secured $6.6 million from several levels of government to install enough heat pumps for every member of the community who wants one,” writes CBC in a separate report.

Expectations are that by the end of the year, 95% of all homes in Bella Bella will have a heat pump. In addition to slashing emissions, the units will save homeowners some $1,500 in annual utility costs, a significant amount in a community where the average salary is less than $30,000.

Meanwhile, on Canada’s Atlantic coast, the city of Summerside, PEI, is going full steam ahead on Sunbank, its $69-million solar farm. The 30-hectare project will feature more than 65,000 solar panels and “around five tractor trailers of batteries,” Summerside’s Director of Economic Development Mike Thususka told CBC.

Expected to be operational by early December, Sunbank will bump the city’s renewable generation up 21%, to over 65%, and has become a linchpin in the province’s plan to expand its cleantech sector.

December is also the target date for at least half of the turbines to be operational at New Brunswick’s new Burchill Wind Energy Project. Located 15 kilometres outside Saint John, the 10-turbine project is being built by the Tobique First Nation in partnership with Halifax-based private power producer Natural Forces Development. The project just received $50 million in federal funding, and Saint John Energy hopes it will cover up to 15% of its power supply, reports Global News.