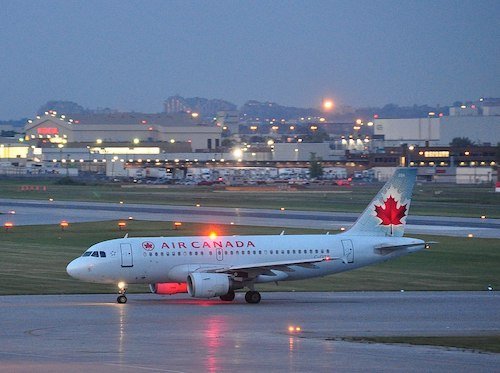 A recent study showing that levels of lung-damaging black carbon pollution at the Trudeau International Airport are 400% higher than in downtown Montreal has left those who live nearby anxious about their health, and at least one academic urging a rethink on the airport’s planned expansion.

Many who live in the Montreal suburb of Dorval, where the Trudeau airport is located, are resigned to issues like noise and traffic, but air quality is another thing entirely, reports Global News.

“The noise is no problem, but when I start hearing about breathing in things that might kill you, then it becomes a problem,” Dorval resident Murray Levine told Global.

Study author Dr. Parisa Ariya, a professor of chemistry and atmospheric and oceanic sciences at McGill University, said airports are known to be major pollutants in cities. Far from expanding the airport—a plan that remains on the books, though implementation has been significantly delayed by the pandemic—Ariya said airport officials should actually shrink the site by transferring some of its operations to the Mirabel airport, some 40 kilometres northwest of Montreal. Formerly the city’s international passenger terminal, Mirabel is currently seeing much less air traffic, serving primarily as a cargo hub.

Noting that much of the black carbon consists of small particulate pollution that is notoriously bad for lung health, Ariya says the airport should simply not be in a residential neighborhood.

Airport management insists it’s doing all it can to maintain air quality, with a spokesperson telling Global News that “data compiled by the City of Montreal, using an environmental station located onsite, show that the air quality within the City of Dorval is good and poses no threat to its safety.”

Dorval Mayor Marc Doret said research showing elevated air pollution from the airport is concerning, adding that he wants to learn more. “It has to become a global discussion that has to be held between public health, the airport, and the provincial government.”