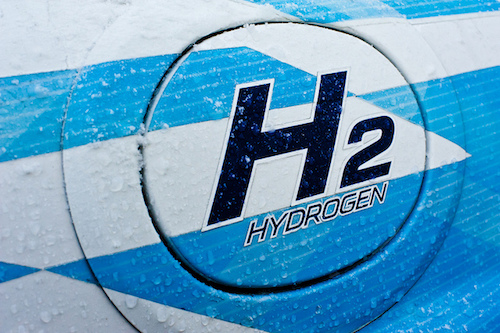 The current energy crisis is making “blue” hydrogen derived from natural gas with carbon capture even more impractical than it already was, raising broader questions about the use of gas to produce electricity, a new analysis concludes.

Heating with blue hydrogen requires fully one-third more gas than if gas itself were used directly to produce heat. Now that prices have risen dramatically, the cost of production for blue hydrogen is 36% higher than the UK government estimated in 2021, states the Institute for Energy Economics and Financial Analysis (IEEFA).

“Europe is facing three challenges, namely reducing gas price, offering a secure supply of energy, and continuing with its energy transition goals,” said report co-author and IEEFA energy analyst Ana Maria Jaller-Makarewicz. “There is only one way to meet all of them: Reduce gas demand. Investing in blue hydrogen production would do quite the opposite.”

The report shows that “continued investment in blue hydrogen would deepen the country’s vulnerability to gas price volatility and supply uncertainty, at a time when Europe is scrambling to reduce its dependence on gas,” IEEFA adds.

The cost forecast indicates a possible loss of government support for the fuel, which may already be waning—with 26 green hydrogen projects expected to begin construction across the globe, no blue hydrogen projects are in the pipeline.

“Looking ahead to 2030, the cost curve speaks clear,” said Arjun Flora, IEEFA’s director of energy finance studies, Europe. “Since both the price of gas and UK emissions allowances have risen, not only is blue hydrogen no longer a low-cost technology. Its green rival will become cheaper to produce this decade and well before the end of blue hydrogen projects’ lifetimes—which makes blue hydrogen a bad investment.”

The energy crisis is also shifting the conversation about the role of fossil gas in electricity production, IEEFA says.

“I think this is a big wake up call,” said Francesco Starace, CEO of Italian utility giant Enel. “Too much gas” has been used “in a stupid way, because burning gas to produce electricity is, today, stupid.”

With the EU now trying to wean itself from Russian hydrocarbons, Starace says there are more attractive options than gas.

“You can produce electricity better, cheaper, without using gas,” he said. “Gas is a precious molecule and you should leave it for… applications where that is needed.”