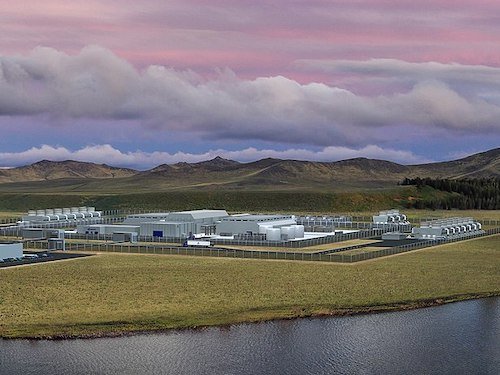 Small modular reactors, (SMRs), seen by the beleaguered nuclear industry as a shining hope for a global revival, may have hit a serious snag. A new study finds that mini-nuclear power stations produce higher volumes of radioactive waste per unit of generation than larger-scale traditional ones.

The United States, the United Kingdom, and Canada are among the countries investing in SMRs on the hope of a cheaper, faster way to build out nuclear capacity. In Canada, the federal government is leading and funding a “Team Canada” approach involving several provinces, industry players, and others, envisioning SMRs as “a source of safe, clean, affordable energy, opening opportunities for a resilient, low-carbon future and capturing benefits for Canada and Canadians.”

In Ontario, the Ford government selected GE Hitachi to build an SMR at the Darlington nuclear plant site, with a projected in-service date of 2028.

Now, however, the first-ever independent assessment of radioactive waste from SMRs has modelled the waste from three different SMR designs, Toshiba, NuScale, and Terrestrial Energy. The conclusion: “SMRs could increase the volume of short-lived low and intermediate level wastes… by up to 35 times compared to a large conventional reactor,” New Scientist reports.

“For the long-lived equivalent waste, SMRs would produce up to 30 times more,” the story adds. For spent nuclear fuel, up to five times more.

Stanford University’s Lindsay Krall, who led the research, said information from the industry is “promotional”, echoing past criticisms that SMRs are still “PowerPoint reactors” with no detailed engineering to back up the concept. “SMR performed worse on nearly all of our metrics compared to standard commercial reactors,” Krall said.

“The research team estimated that after 10,000 years, the radiotoxicity of plutonium in spent fuels discharged from the three study modules would be at least 50% higher than the plutonium in conventional spent fuel per unit energy extracted.”

SMR developer NuScale disputed the Stanford findings, which it said are based on outdated information. Another developer, Rolls-Royce, said it will include “some technical innovations that reduce waste arisings.”

On Energy Central, nuclear blogger and project manager Dan Yurman takes issue with the study, noting that in the absence of operating experience, its conclusions are based on modelling rather than quality-assured testing. “Without this kind of information, the report’s conclusions will be seen as resting on conjecture, and theory,” Yurman writes. “Simulation and modeling will only take you so far.

He added that the study failed to consider reviews by the U.S. Nuclear Regulatory Commission, the Canadian Nuclear Safety Commission, and other sources, including SMR developers. [All of which were presumably based on simulation and modelling of a technology that has not yet been built?—Ed.]

Proponents hope SMRs will have ‘small is beautiful’ appeal and focus on their potential to reduce greenhouse gas emissions. But critics say they sidestep public concerns about accidents, wastes, cost, and other impacts, noting that SMRs aren’t small: the Darlington reactor will be rated at 300 megawatts, about a third the size of the existing Candu reactors on the site, and more than half the size of the units at the nearby Pickering station.

SMRs are also new and unproven, critics warn. They say there is no reason to think SMR construction will be exempt from the massive cost overruns and completion delays that typically plague reactor construction, and megaprojects in general. And there is no real-world experience to date to demonstrate that SMRs can be built on time and on budget.

The biggest concern is that SMRs will soak up investment dollars and grid capacity that should go to proven, successful renewables like solar and wind, which can be rapidly deployed and have falling rather than escalating costs. Because of the time lag, nuclear is not expected to make a large contribution to meeting the immediate, global goal of reducing global greenhouse gas emissions by 45% by 2030. The Intergovernmental Panel on Climate Change noted in its sixth assessment that small-scale, distributed energy sources like wind and solar had exceeded expectations, while large, centralized technologies like nuclear had fallen short.