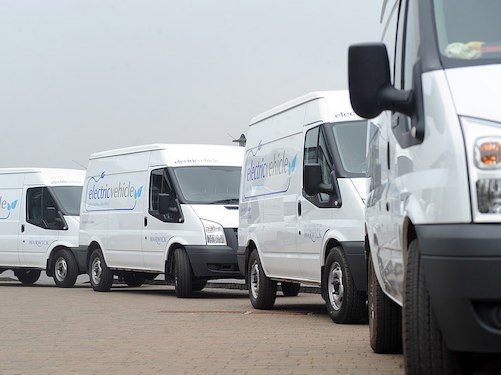 With subsidies to make them cost-competitive, electrified medium- and heavy-duty (MHD) trucks are viable and could replace a large number of fossil-fueled freighters on the road today, says the Rocky Mountain Institute (RMI), contrary to the misconception that electric vehicle technology can’t match truckers’ needs.

“Not every truck has to be able to do everything,” said RMI Principal Dave Mullaney, asserting that “the framing of the problem is wrong.”

“Different trucks operate differently and there is opportunity in that diversity,” he explained. “While electric trucks might not yet be able to perform in all circumstances, they could effectively replace up to half of trucks on the road today.”

Resistance to electric MHDs often stems from concerns about range limits and increased vehicle weight. But a recent RMI report showed that most trucks in New York and California drive short enough routes that a limited range would have no impact.

“Battery electric vehicles cannot replace all diesels, but they can replace a significant share of regional haul ones, where the driver and truck return to base each day, or where the daily distances are not very long,” said Rick Mihelic, director of emerging technologies at the North American Council for Freight Efficiency (NACFE).

Electric MHDs “don’t vibrate, they don’t smell, they accelerate properly, so you’re not constantly the slow one in traffic off a red light,” said Mullaney. “Drivers don’t come home at the end of the day and feel exhausted or feel like they’ve been operating a jackhammer for the past eight hours.”

Diesel trucks do still outperform their electric counterparts economically, and will continue to be more cost-effective until batteries are cheaper and more efficient. But policies can help to level the playing field until that happens, like some in California that provide subsidies for electric trucks or require users of high-carbon fuels to purchase credits, RMI said.

Policy-makers in Canada can also take steps to encourage electric MHD use, the Pembina Institute reports, in a set of recommendations submitted to Transport Canada.

The report makes several recommendations for incentives that include creating a flexible list of eligible vehicles to accommodate shifting markets, ensuring that incentives can cover at least 50% of incremental costs, and allowing incentives to be stacked with other federal and provincial programs.