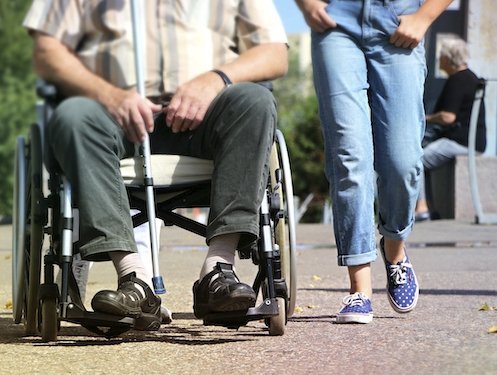 With long-term care workers and nursing assistants increasingly taking on the role of first responders during climate-driven disasters like wildfires and heat waves, California has launched a pilot project to train them for the new responsibility, while their union pushes for better wages and benefits to match the added work load.

The Caregiver Resiliency Teams Project aims to fill a skill gap for care workers in the face of multiplying threats, reports The 19th News.

Attended by more than 130 nursing aids and home care workers, the first six-week Zoom training session in March “covered everything from environmental justice to emergency preparedness planning and advice on how to help clients with post-disaster trauma,” the news story states.

A second training session is scheduled for July.

Launched by the union that represents the state’s 400,000+ care workers, Service Employees International Union Local 2015 (SEIU), and the non-profit Center for Caregiver Advancement, the pilot is being funded by a $1.07-million grant from the California Workforce Development Board.

SEIU 215 executive vice president Kim Evon said care workers “become the connection point for fire and police during wildfires and [power] outages because they know the conditions of people who are disabled, who are immobile.”

According to an investigative report by the Los Angeles Times last year, some 3,900 people died in California from heat-related causes in the last decade, the vast majority of them both elderly and poor.

“Living in isolation and on fixed incomes, people opt out of using their air conditioning in an attempt to keep costs down,” writes The 19th News, adding that the American population “is aging at an unprecedented rate: By 2050, approximately 20% of people will be over the age of 65.”

Noting that California’s care work force consists primarily of women of colour and immigrants, Evon said the last few years have made clear that these loving and committed caregivers “are acting as first responders more and more,” but on the fly and without an ounce of formal training.

“But providing training is just one part of the equation,” writes The 19th News. SEIU is currently pushing for California’s care workers to receive higher pay commensurate with their expanding responsibilities. Wages currently sit at around $13 per hour, without benefits. SEIU is “advocating for workers at the local and state level to make $20 an hour at minimum as their responsibilities on the front lines grow.”

“Everyone will tell you how important they are, and how they serve our communities and that they’re front-line heroes,” Evon said. But this heroic status doesn’t translate into suitable wages and benefits.