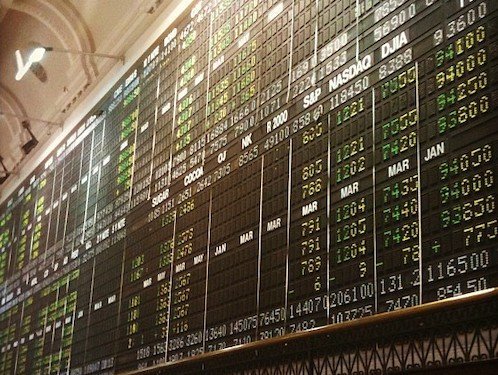 The decision by Canada’s six biggest banks to sink another $10 billion into the troubled Trans Mountain pipeline expansion is no surprise after a federal loan guarantee made it a straightforward business decision to back the project, says the financial analyst who accurately predicted the decision 2½ months ago.

Yesterday, Stand.earth revealed that the Royal Bank of Canada, TD Bank, Scotiabank, CIBC, the Bank of Montreal, and the National Bank of Canada are putting up the funds to help the taxpayer-owned Trans Mountain Corporation continue work on the pipeline. The deal only recently showed up on the Bloomberg Terminal financial reporting database, but it was dated April 29, the same date the federal cabinet approved a loan guarantee for the project.

“Once again, we see that Canadian banks are leading the world in financing climate-destructive, Indigenous rights-violating projects like the Trans Mountain pipeline and tanker project,” said Stand Climate Finance Director Richard Brooks said in a release. “It’s time for them to choose sides—are you going to help us reach our national climate goals, or do everything possible to hold us back?”

Omar Mawji, energy finance analyst for Canada at the Institute for Energy Economics and Financial Analysis (IEEFA), traced the banks’ decision back to the federal backstop that made it possible.

They’re a bank. Their job is to lend,” said Mawji, who predicted the loan guarantee in a mid-March release and says he even pegged the value of the deal at $10 billion.

“I don’t think they would fund the project if there was no guarantee. If this was a corporation that was not government backed, I don’t think any bank would even touch it,” he told The Energy Mix yesterday.

But “they just look at this, and for them, it’s free money. [The government is saying] ‘we lend it to you. We guarantee the return. We guarantee that it will be paid back. There’s not a lot of operational risk.” Even if the pipeline failed, Ottawa “would just repay the loan if the project never reached operation.”

At that point, the project’s legitimacy or even its business case wouldn’t have figured very prominently in the bankers’ decision.

“I think the banks know this is not the best project, which is why they would only invest if there was a government guarantee,” Mawji said. “So it’s not predatory, but they are definitely taking advantage. And the Canadian government has no other way to fund this because they came out publicly and said they wouldn’t use taxpayers’ dollars” to complete construction.

“So they’ve painted themselves into [lining up] one source of funding and stretching the truth in terms of it not being government funded.”’

In February, when the company admitted the cost of the “out of control” construction project had ballooned from $12.6 to $21.4 billion, Finance Minister Chrystia Freeland said she wanted to “assure Canadians that there will be no additional public money invested in TMC.”

So it didn’t land well just a couple of months later when Freeland announced the loan guarantee through Export Development Canada.

“This is a huge new subsidy from a government that promised voters last fall that it would eliminate fossil fuel subsidies,” said Julia Levin, national climate program manager at Environmental Defence Canada.

“This is just more evidence that this pipeline is not viable, and that is way past time that the Liberal government allowed this project to be cancelled,” added Sven Biggs, Stand’s Canadian oil and gas program director. “In a world that is already reeling from forest fires, floods, and the other very real impacts of climate change, Canada needs leadership that is fully committed to taking on the greatest challenge we have ever faced.”

But “it was clear from the get-go they’re going to pay whatever it costs to get TMX through,” said NDP MP Charlie Angus.

Yesterday, Stand’s Richard Brooks said it took a non-profit research team with access to a specialized database to unearth financial data on a taxpayer-funded pipeline that should already have been in the public domain.

“Everybody is being extremely tight-lipped,” he told The Mix. “It’s extremely secretive. Which speaks volumes to what the problem is here. This is an over-budget, delayed, boondoggled pipeline that presents enormous risks to our planet, it’s violating Indigenous rights, it’s the elephant in the room that nobody wants to talk about, and nobody wants to admit that they’re part of the project.”

But “it’s no surprise that it’s only Canadian banks that are on this loan,” Brooks added, given the number of international financial institutions now restricting investments in tar sands/oil sands projects. “It really speaks to how isolated the tar sands industry has become in their access to credit, and how the Canadian banks are the last banks for the oil and gas sector in Canada.”

A Finance Canada spokesperson acknowledged receipt of an email querying the public visibility around the bank loans, and asking how Ottawa could justify the loan guarantee when G7 countries—including Canada—are being urged to “shift the trillions” from fossil fuels to clean energy and international climate finance. The department had not replied by the time The Mix went to virtual press last night. But in mid-May, the department issued a statement saying the federal government had not spent any money to put the new loan guarantee in place.

“This is a common practice which puts in place an insurance policy for the institutions that have invested in the project,” the statement said. “It does not reflect any new public spending.”