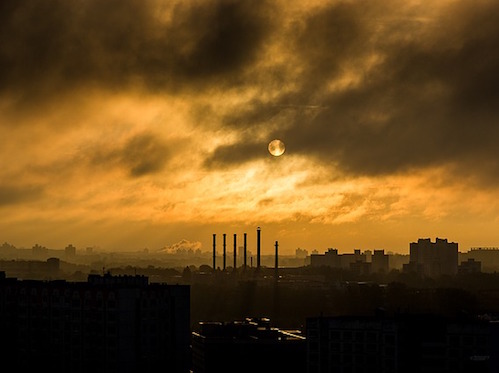 Nearly 20 years after a summer heat wave took 70,000 lives across Europe, even cities focused on climate action aren’t paying sufficient attention to the deepening peril of urban heat stress, finds a recent study, while cities in the developing world urgently need to develop long-term cooling strategies for their most vulnerable.

“It’s not just you—many parts of the world are experiencing more frequent and more intense heat waves due to the accelerating effects of climate change,” writes JStor Daily. “While these heat waves are bad news for everyone, they may be felt more acutely in urban areas.”

A recent German study found that the climate plans of 24 of the country’s most densely populated cities were insufficient to address the hazards of urban heat. Led by Julie Donner of the Berlin Institute of Technology, the project found that in most of the plans, “suggestions and action points tend to focus on carbon emissions and mitigation, with less attention given to heat and adaptation,” JStor says. “Adaptation strategies such as upgrading housing insulation make few appearances in the plans.”

While 17 of the 24 cities studied did recognize the urgent need for “fresh air corridors that safeguard an air exchange between cooler air from the outskirt areas and the warmer urban air,” only eight cities were considering “adaptation strategies such as albedo enhancement (increasing light-colored surfaces and reflectivity).”

Such strategies will be critical to keep homes and people cool without adding traditional, and still very emissions-intensive, air conditioning.

Donner and her team recommended that city planners pursue “natural” forms of air conditioning, with particular emphasis on “restoring or creating bodies of water, which deliver a cooling effect due to evaporation,” writes JStor.

The researchers also called for “surface unsealing (the removal of asphalt and concrete) to “reduce heat accumulation and increase surface percolation.”

Many of the plans did call for added green spaces, along with accelerated investment in sustainable public transit to reduce climate-busting traffic jams, which also generate localized heat.

Stressing that heat mitigation is a long-haul endeavour, Donner urged city planners to consider urban heat at all points in the design process. She also encouraged municipalities to share their knowledge and experience to help each other find ways to cool down.

Urban heat was also the focus for an international, interdisciplinary team studying how low-income residents of Karachi, Jakarta, Hyderabad, and Douala, the largest city in Cameroon, are surviving lethal levels of heat stress.

In one recent survey, only seven out of 4,564 low-income residents reported access to air conditioning, and only another 34% said they could use a fan to keep cool. Their informal strategies to cope with heat stress included going outside (imperative for anyone living in a home with tin roofs or siding), visiting neighbours with access to shade trees, or using water (where it can be spared) to bath or cool down the inner surfaces of homes.

“These cooling strategies don’t occur in a vacuum,” the study concluded, but are “enabled by a range of social, cultural, technical, and economic structures that make them possible or permissible. Water Science Policy notes that “women often have less access to shade and cooler public places due to cultural norms and safety concerns about being outside, particularly when high-density informal housing means ‘outside’ is a public domain.”

The study team urged policy-makers to “identify, recognize and assist low-tech, energy-efficient, and water-efficient strategies already being used across low-income communities,” but warned that some of this assistance may depend on the frequently erroneous assumption that “basic access to electricity, water, and shelter is always available.”