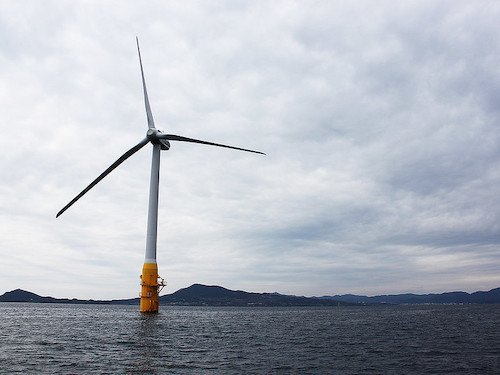 California is gaining pace on its clean energy targets, with five leases for a combined 380,000 acres of floating offshore wind development a step closer to being auctioned. The most populous state in the United States could serve as a “guiding light” in the energy transition, with research estimating that California could achieve 85% clean electricity by the end of the decade.

Proposed auction details recently announced by the U.S> Department of the Interior bring California closer to building out the technology in the Morro Bay and Humboldt wind energy areas off the state’s central and northern coasts. The projects could deliver more than 4.5 gigawatts of wind power, reports Utility Dive.

Interior’s notice follows an announcement earlier this month by the Bureau of Ocean Energy Management that an environmental review of the projects showed no significant impacts in the Humboldt wind leasing area, located 32 kilometres off the coast.

The project is a critical part of state’s plans to develop three gigawatts of offshore wind by 2030 and 10 to 15 GW by 2045, as explained in a draft report released May 6 by the California Energy Commission. Offshore wind will contribute to diversified clean energy production that can help California reliably achieve 85% clean electricity by the end of the decade, according to recent research issued by Energy Innovation, GridLab, and Telos Energy.

“Diverse clean resources (e.g., offshore wind, geothermal) help reduce the levels of solar and storage needed to achieve clean electricity goals,” the report says. “They will be increasingly helpful with higher levels of demand from electrification,” and will also “reduce dependence on gas generation and lessen the impact of inverter-based resources.”

The Atlantic says floating wind technology can also accelerate clean energy development in other regions, since the platforms avoid many of the environmental impacts—and bureaucratic complications—of conventional offshore wind structures. As California continues towards its ambitious targets, energy regulators and advocates in other states will be look to its progress as an important roadmap for clean energy development.

“A reliable, clean, and just California is a critical guiding light and confidence-builder for the country, but it won’t happen without smart planning and better coordination,” writes Daniel Esposito, senior policy analyst with Energy Innovation’s power sector transformation program.

“If the country’s largest economy can hit its clean energy goals and retire more natural gas generation despite challenges like extreme weather and deployment bottlenecks, so can any other state,” Esposito says.