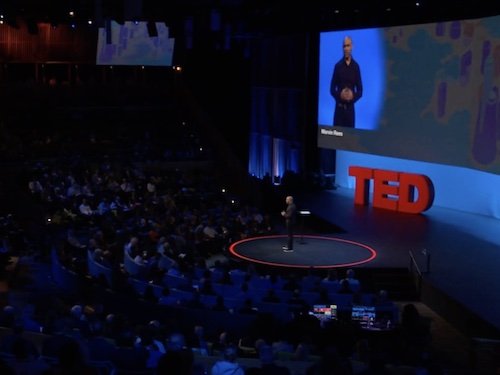 The United Kingdom’s first mayor to declare a climate crisis is feeling the heat after taking a nine-hour flight to deliver a 14-minute talk at a TED conference in Vancouver, now being convened annually to urge city mayors to cut carbon dioxide emissions.

Climate campaigners Flight Free UK calculated that Bristol Mayor Marvin Rees’ return flight in April “created 2.016 tonnes of CO2 per passenger and was at odds with his message,” reports the BBC.

The mayor’s office said Rees’s trip wasn’t just about the TED talk—which he could have attended virtually. His “full agenda” included critical networking with other speakers and the chance to attract funding and investment to the city.

Flight Free UK director Anna Hughes countered that “faced with such a precarious climate situation, we need our leaders to demonstrate the kind of action we should all be taking, not flying to another continent to speak, ironically, about the climate emergency.”

She added that “actions always speak louder than words, and in this post-pandemic age of online interactions, it would have been a much more powerful and effective statement to appear on screen.”

Rees told his TED audience that “we’re delivering net-zero homes at higher density on old industrial land in the middle of the city,” a practice that is helping to “relieve pressure on urban sprawl, design in active travel, and design out car dependency.”

But the BBC says Green Party councillors have queried some of the city’s recent decisions, including one that will see bike lanes removed.

Katy Grant, the Greens’ shadow cabinet member for climate and ecology, called for a roadmap for how Bristol could reach net-zero by 2030.

“The mayor is right to identify cities across the globe as crucial sites of efficiency, scale, innovation, and impact when it comes to fighting the climate crisis,” Grant said. “But it’s just as important that we have city leaders who are prepared to actually make the bold and difficult decisions needed to tackle the climate emergency, such as measures to reduce car use, or prioritizing sustainable homes over developers’ profits.”