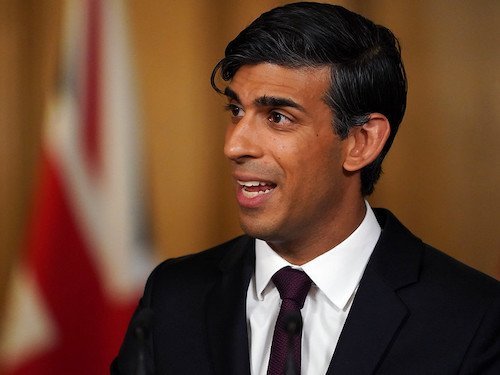 Shouts of “about time” and “what took you so long?” met British Chancellor of the Exchequer Rishi Sunak’s announcement in Parliament of a 25% windfall tax on oil and gas profits, even as critics slammed simultaneous tax relief for oil extraction as a “bone-headedly stupid” move during a climate emergency.

The windfall profits tax comes alongside a £15-billion (C$24.09 billion) package of support for Britons struggling to meet soaring energy bills. Each United Kingdom household will get a £400 discount on its energy bill, more for those on the lowest incomes, but critics say the package is nothing but “sticking plaster” that will cover up deep-rooted issues rather than addressing them.

Stuart Rose, chair of British supermarket chain Asda, called the package a “drop in the ocean” compared with the pressures consumers are facing.

“I can remember the last time inflation was [like this] and it took nearly eight years to get under control,” Rose said.

The package still marks a “change of heart” for Prime Minister Boris Johnson’s government, which has so far resisted windfall taxes as deterrents to investment, reports Reuters. Pressure from the ongoing fossil energy crisis and the resulting high costs to taxpayers forced the government’s hand, the news story states. To offset the expected investment lull from the tax, Sunak offered 90% tax relief for fossil companies that invest in new extraction projects.

“It’s bone-headedly stupid, even by this government’s low standards, not only to allow but in fact to incentivize the production of new climate-wrecking fossil fuels, rather than keeping them firmly in the ground where they belong,” said Green MP Caroline Lucas.

Plus, the measures “do not add up as convincingly as they should,” according to a Guardian editorial that points to vague taxes on the electricity industry and an insufficiency of the windfall tax to cover all the welfare support measures.

Yet “leading economists said the updated government plan was a marked improvement on two previous attempts by Sunak, which were widely criticized for failing to help the poorest in society,” the Guardian continues.

Oxfam’s head of government relations Sam Nadel said it’s “right that fossil fuel companies making excess profits are being asked to contribute more at a time when so many families in the UK have run out of options and can’t afford to pay the bills, with little left to cut back on.”

But “the energy price crisis is a stark reminder of our over-reliance on fossil fuels,” he added. “We should be strengthening our energy security through investment in our own abundant renewables which are cheap, secure, and clean forms of energy.”