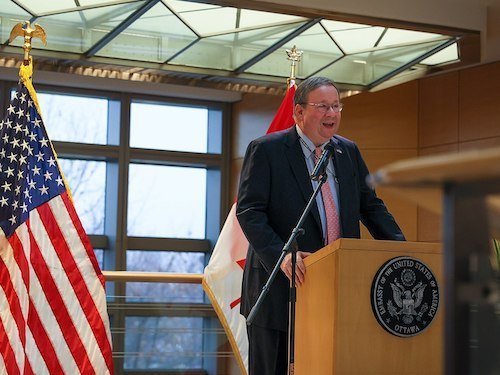 The Biden administration has become the latest target of the Alberta government’s enduring sense of grievance, after Ambassador David Cohen declared a “return to civility” following the Trump years but expressed skepticism about increasing his country’s imports of Canadian oil and gas.

The U.S. is “always interested in preserving and expanding” its energy trade with Canada, but “the primary policy objective” is to achieve net-zero emissions by 2050, Cohen told National Post columnist John Ivison.

That was all Alberta Energy Minister and former pipeline executive Sonya Savage needed to hear to push her outrage meter to the max.

“Alberta has been, and always will be, a reliable energy partner and ally to the United States,” she declared. “The recent comments made by the new ambassador to Canada were ill-informed and unproductive at a time when we must work together to create long-term energy security for North America.”

Savage disputed Cohen’s contention that there’s no scope to increase Canadian oil exports to the U.S. over the short term, asserting that Canadian tar sands/oil sands companies are the only producers in the world that have committed to net-zero emissions. “Replacing foreign imports with responsible Canadian energy is not a threat to the environment,” she told Ivison.

Back in the real world, colossal fossils like Shell, BP, and many others have issued their own net-zero commitments, often triggering critical analysis and ridicule in response. But Alberta isn’t doing any better. The province’s five big tar sands/oil sands producers intend to increase production over the next decade or more and rely on unproven carbon capture technology in lieu of an actual phaseout of fossil fuel production. And a study released last week had their tailings ponds leaking billions of tonnes of toxic waste per year.