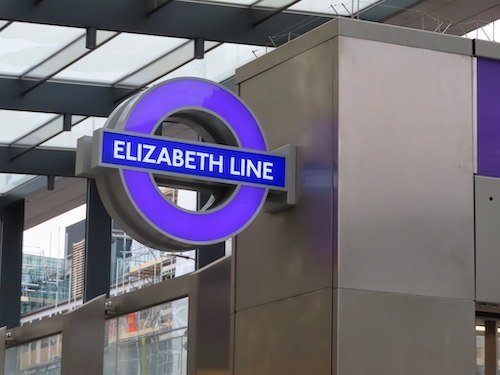 Fourteen years after getting the green light, the £18.9-billion Elizabeth Line is being celebrated as Londoners’ path to an easier, quicker, more accessible commute, as well as something—at long last—to feel optimistic about.

“Running along an east-west axis, the new link should make many London journeys altogether speedier,” reports Bloomberg, adding that the just-launched line will reduce commute times along key routes by half, and in some cases more. The heavy rail line will also mean an easier commute for 1.5 million Londoners who were previously “obliged to take crammed Tube carriages for parts of their journey.”

“With the Elizabeth Line connecting outer suburbs directly to a string of new stations in central London, many of those commuters should be able to go straight from their home stations to one within easy walking distance of their offices, without needing to transfer to the Tube.”

The journey is also far more accessible than a typical journey on the Tube. Ten new stations on the central section of the Elizabeth Line, as well as Heathrow Airport, feature “level access from platform to trains, and step-free access from street to train at nearly all other stations.”

Riders along the new route can also expect some breathing room, with 200-metre-long trains that can accommodate up to 1,500 passengers offering nearly double the capacity of the current Northern Line, at a maximum of 800.

“Overall, the line is projected to accommodate 200 million passengers annually, increasing the capacity of London’s train network by 10%,” notes Bloomberg.

“Coming after a challenging few years, the Elizabeth Line is also delivering another less tangible asset to London: something to be optimistic about,” adds Bloomberg. Transport for London Commissioner Andy Byford said the Elizabeth Line, named in honour of Queen Elizabeth II to mark her jubilee, will be a “game-changer, not just for London but for the whole of the UK.”