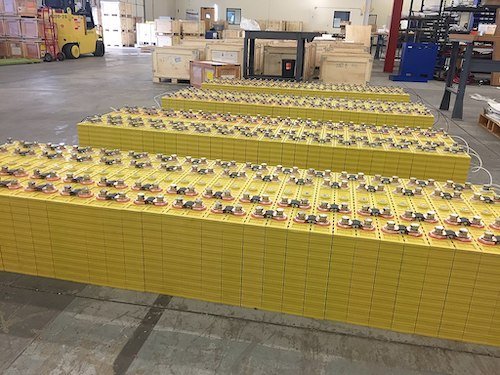 With the provincial election just days away, a business group in Windsor is blaming the Ford government’s hostility to renewable energy for the loss of a C$2.5-billion investment from South Korean chemical giant LG Chem.

Earlier this month, Invest Windsor-Essex said the community lost its bid for the new venture because it lacked the electricity supply the company would need, the Toronto Star reports. That was after Ford cancelled a completed wind farm and 758 smaller renewable energy contracts shortly after taking office in 2018, at a cost that was later estimated at $231 million.

The new LG Chem plant “would have supplied cathodes and other materials to the $5-billion LG Energy Solutions battery facility being built in Windsor.” the Star says. It would also have brought 1,000 to 1,500 jobs to a region of southwestern Ontario that has been beset by layoffs and business closures.

“LG Chem required as much as 15 megawatts of power to begin building the 1.5-million-square-foot plant in 2024, but the province determined it will not have the electricity available by that time,” the Star says. Energy consultant Brent O’Connor told the paper that Essex County would have had the power if the province hadn’t cancelled several projects under the previous government’s Large Renewable Procurement program that would have been sufficient to meet the demand.

“These contracts would have likely produced more than enough energy to have met LG Chem’s demand,” he said. “It appears Doug Ford’s lack of foresight may have directly resulted in Windsor losing this multi-billion-dollar investment.”

The list of cancelled projects includes the 50-MW Otter Creek wind farm north of Wallaceburg and the 57.5-MW Strong Breeze wind farm south of London, both of which would have been in operation ahead of the new LG Chem plant.

The Globe and Mail says the struggle to keep up with electricity demand in Ontario’s West Of London (WOL) transmission zone raises questions “about the state of its electricity system—and its ability to manage the profound energy transition so many people are counting on.”

The region does have several gas power plants and a number of wind farms, the Globe writes. “It’s the transmission grid, observers agree, that is the primary constraint. It connects large generators in the Sarnia area and Windsor with demand centres, has interties with Michigan’s power system—and has struggled to keep up with surging demand for several years.”

“There’s ample supply,” David Butters, president of the Association of Power Producers of Ontario, told the paper. “But here’s the thing: none of those [power plants] are physically connected to a plant, LG’s or anybody else’s. They’re connected to the transmission grid.”

So “it is completely plausible that [LG Chem] couldn’t get the power,” said Rupp Carriveau, an engineering professor at the University of Windsor. “There’s a lack of available power to do big power operations in this part of the grid.”

The province’s Independent Electricity System Operator (IESO) expects “unprecedented” electricity use in the region to double again over the next five years, driven largely by demand from vegetable greenhouses and cannabis operations. A recent report by the Canadian Climate Institute projected demand growing by as much as 240% with the shift from fossil fuels to renewable electricity.

“If the IESO shared that perspective, its staff would probably be in a state of panic,” the Globe writes. “Its forecast sees demand growing at the staid pace of 1.7% a year.

But in a report last September, the Crown agency acknowledged “more significant needs emerging in the middle and latter part of this decade that cannot be satisfied with existing resources alone” and said the province could see substantial change in its generation mix.