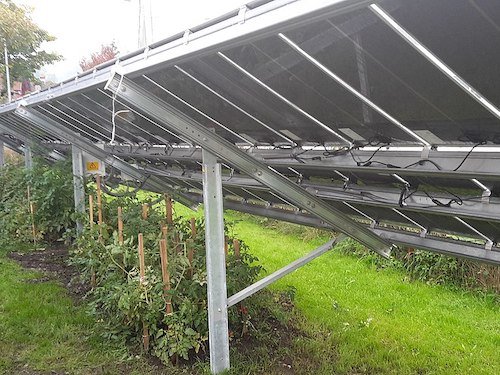 While “many Republican legislators still deny the scientific consensus around climate change and oppose policies to address the problem outright,” such denial and opposition does not invariably extend to blocking renewable energy projects, reports Grist, citing a recent groundswell of legislative support for renewables in Arkansas, South Carolina, and Utah, “the reddest of red states”.

While strongly supported by Democrat lawmakers, bills supporting the expansion of solar and wind power in the three states were ultimately “sponsored by Republicans, passed by Republican-controlled state legislatures, and approved by Republican governors.”

Such red state support for non-fossil forms of energy was no fluke, adds Grist, citing the study just published in Climactic Change, which found that of the roughly 400 emissions reduction bills approved at the state level between 2015 and 2020, 28% were passed by Republican lawmakers.

“Even though some of these policies in red states might not be as ambitious as blue states, I just want people to know that things are happening,” study co-author Renae Marshall, a doctoral student at University of California, Santa Barbara, told Grist.

Marshall, who is researching ways to reduce the political polarization that tends to hamstring efforts to solve environmental problems in the U.S., said she hoped her findings would provide guidance for those working to increase collaboration at the federal level.

Marshall’s study found that foregrounding the economic benefits of the energy transition—from new jobs created, to farmers earning money from leasing land to wind developers, to tax revenues generated by solar farms—has been critical to win Republican support for renewable energy at the state level.

Republicans also respond very favourably to legislation that expands consumer choice, while recoiling from bills that would seek to impose limits through mandates or regulations.

As an example, Grist cites Arkansas’ 2019 Solar Access Act that removed the state ban on solar farm leases. “It’s a great day for the Arkansas consumer,” State Senator Dave Wallace (R-AR) said when the bill passed. “They will have more choices in the market now.”

Those seeking to secure Republican support for renewable energy projects in America must also choose their words very carefully, paying particular attention to the way that the term ‘climate change’ feeds into the country’s ongoing culture wars.

Discussions that present the energy transition as a planetary imperative are unlikely to get much traction, Josh Freed of the Third Way think tank told Grist. “As soon as it’s discussed within the context of climate for climate’s sake, [Republicans] sort of retreat into their corner,” he said. But they venture out again when freedom, or jobs, or national security, are invoked instead.

The vast swaths of land that will be needed for this transition are typically located in rural, and largely Republican, America, said Devashree Saha, a senior associate at the World Resources Institute, so there is much at stake in getting red state buy-in on the energy transition. “We really cannot win on climate change without including rural America in finding solutions.”